‘I petitioned police over fraudulent act by Igboho’ 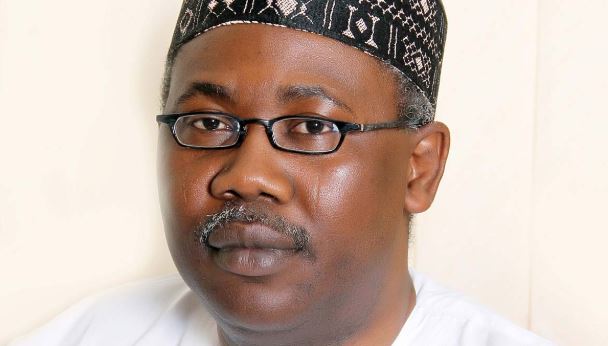 THE International Police (INTERPOL) has rejected the request of former Attorney-General and Minister of Justice Mohammed Bello Adoke for release from its custody in Abu Dhabi, United Arab Emirates (UAE).

It said it could not grant the request because it deals with states and not individuals. Adoke’s lawyers wrote the INTERPOL, seeking his release based on what they called the vacation, on October 25, of the warrant of arrest issued against him by Justice Danlami Senchi of the Federal Capital Territory (FCT) High Court in Abuja.

The INTERPOL, it was learnt on Saturday, can only comply with the order if duly notified by the Federal Government. Unless Adoke’s status (whether or not the arrest warrant has been vacated) is clarified, he may remain in custody.

The government has yet to respond to the INTERPOL’s demand for such clarification, sources told The Nation.

This has become a bone of contention among the government, the INTERPOL and Adoke’s lead counsel Mike Ozekhome (SAN).

Adoke has been in custody since his arrest in Abu Dhabi on November 13.

But the Economic and Financial Crimes Commission (EFCC) is pushing that Adoke be brought back home for trial.

Although, the agency has initiated the process, the extradition, a source said, is at the discretion of the Attorney-General of the Federation and Minister of Justice, Mr. Abubakar Malami (SAN).

The top source, who spoke in confidence, said: “There has been pressure on the government on the status of Adoke, especially bordering on the attestation letter on Justice Senchi’s order.

“All those in charge are at a crossroads and they are afraid of taking any decision which might be seen as against the anti-corruption agenda of President Muhammadu Buhari. This is why it has been difficult to get an attestation letter from the government.

“Instead, the government has left the fate of Adoke to the court either in Nigeria or Abu Dhabi to decide. It wants judicial processes,  (including compliance with court order; the right of redress by Adoke at the court at all levels, the serving of charges on the ex-AGF in the UAE by the EFCC through the INTEERPOL and EFCC’s demand for extradition) to take full course.

“So, there is a stalemate somehow because no one is ready to push for attestation letter; the INTERPOL is not ready to release Adoke without a letter from the Federal Government and the EFCC is adamant on its position that the minimum it would tolerate is for Adoke to return to Nigeria for trial.”

It was gathered that after a three-week wait, Adoke’s counsel presented the facts before the INTERPOL National Central Bureau (NCB), Abu Dhabi.

A lawyer, Oluchi Vivian Uche from Mike Ozekhome’s Chambers, who responded to our enquiry last night said: “We have made application to the INTERPOL in Dubai but their reply was that their agency does not deal with individuals but with states.

“But so far, Adoke is still in detention in the UAE.”

A source in Adoke’s camp said: “This is a pure case of disrespect for court order and sheer political witch-hunt. The government should demonstrate its commitment to the rule of law by admitting that the bench warrant on Adoke has been legally vacated by Justice Senchi.

“In the face of the law, Adoke is a free man. And he is a leader who will surely return to Nigeria to clear his name.”

Meanwhile, the INTERPOL has written  EFCC  over Adoke’s case.

In the December 6 letter addressed to the Acting EFCC Chairman, Mr. Ibrahim Magu, the National Central Bureau (NCB), headed by Commissioner of Police (INTERPOL), said two persons were on the INTERPOL’s watch-list. According to the letter, the INTERPOL has arrested one of them. The second is former Minister of Petroleum Resources Mr. Etete Dauzia Loya, aka Dan Etete.

The bureau also confirmed that Adoke was arrested based on a May 23  letter to the Inspector-General of Police(IGP) by the EFCC.

The letter reads in part: “I am directed to inform you that  Adoke Mohammed Bello, one of the  persons referred to has been  arrested in the United Arab Emirates and in the custody of the authorities.

“The information is conveyed to this Bureau by National Central Bureau (NCB), Abu Dhabi. This is for your information and attention.”

A source in EFCC said: “Justice Senchi vacated the bench warrant following the inability of the EFCC to serve Adoke the charges against him.

“But we have taken advantage of his arrest to serve the charges on him in the UAE. It is left to the ex-Minister to come home for trial.

“The EFCC has  weighed all options, it believes extradition is the alternative in this circumstance. We have initiated the extradition process in line with the Mutual Legal Assistance Treaty (MLAT ) between Nigeria and the UAE. This is the minimum the EFCC can accept.”

President Buhari signed  the MLAT with the UAE.

Adoke, Dan Etete and others are expected to account for the $1.06b deal on Malabu Oil Block (OPL 245).

In one of the charges before the High Court of FCT, Adoke, Dan Etete, Aliyu Abubakar and Malabu Oil and Gas Limited were alleged to have received  US$ 801,540,000 from Shell Nigeria Exploration Production Company, Nigeria Agip Exploration Limited and ENI SPA in relation to the grant of Oil Prospecting Licence (OPL 245).