Leaders of defectors from various political parties including the All Progressives Congress, APC, who decamped to the Peoples Democratic Party, PDP, have apologised to Governor Samuel Ortom of Benue State for erroneously joining forces with enemies of the state to castigate and mock him.

In separate remarks at the defection of thousands into the PDP, the leaders regretted when they unsuccessfully taunted the Governor on killings in Benue by herdsmen just to support their former political parties

They stated that despite the propaganda, most of them couldn’t vote in their villages in the 2019 elections due to the invasion by Fulani militia under the watch of the APC-led administration, stressing that some of them benefited much from the Governor but later left him without good reason.

They appreciated Governor Ortom and his wife, Dr Eunice Ortom as well as the entire PDP for accepting them back into the fold, even as they pledged unflinching support to the PDP. 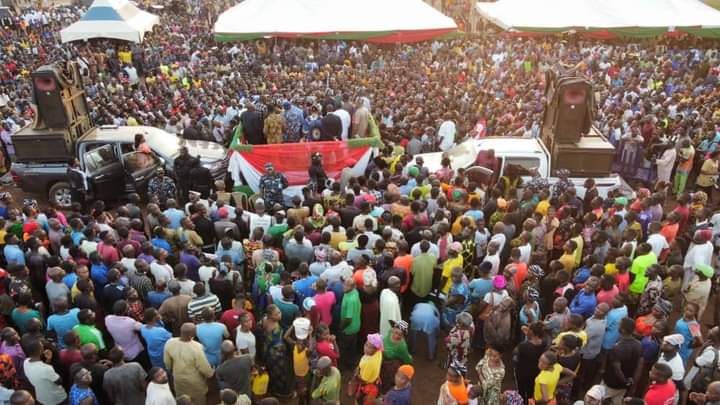 The Governor stated that Nigerians will not continue to tolerate the failed leadership of the APC but takeover to provide direction for the country.