Fifteen people were burnt to death in a tragic auto crash along Achilafiya to Karkarna road in Yankwashi Local Government Area of Jigawa State.

The accident which occurred on Sunday evening, November 28, involved a Golf with reg no. XA 361 BCH and Golf Wagon with reg no. FST 276 CX.

Spokesperson of the State Police Command, ASP Lawan Shisu, in a statement on Monday, said that the two vehicles coming opposing directions had a head-on collision and caught fire leading to death of fifteen persons.

“The accident occurred on Sunday at about 05:00pm along Achilafiya to Karkarna Road, involving a Golf with reg no. XA 361 BCH and Golf Wagon with reg no. FST 276 CX,” the PPRO stated.

Shisu said the accident occurred when the driver of one of the vehicles was trying to dodge a pothole along the road, thereby losing control. 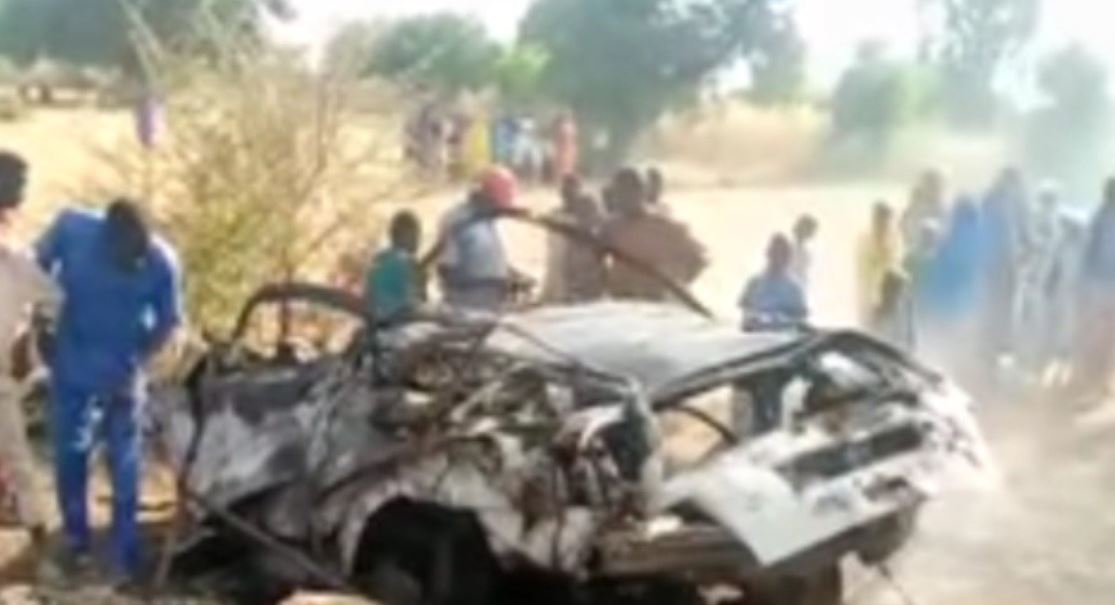 The vehicle caught fire leading to the death of one Bashir Ahmed and one other passenger on the spot.

“As a result of the accident, the said Bashir Ahmed and other passengers in his vehicle were burnt on the spot beyond recognition,”

“Ashiru Sani, the other driver and 12 passengers sustained serious injuries and were rushed to Primary Health Care (PHC) Hospital Karkarna for treatment.”

He added that all the victims died on admission and their corpses were examined by medical doctors.

The police spokesperson said that the case was under investigation.

Use Tuesday And Pray for Kanu’s Release – IPOB to Members