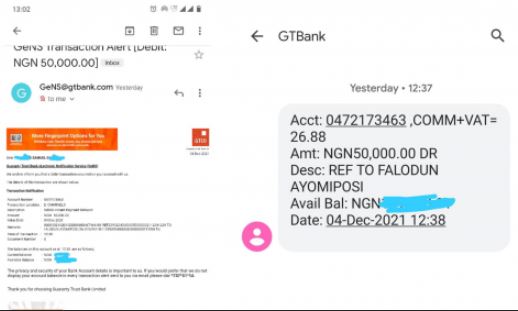 In what will come across as a really startling development, a young man who has been identified as Samuel has narrated how he, alongside his sibling, was extorted by men of the Lagos State Police Command on Saturday, according to SaharaReporters.

The young man said the officers were working with hoodlums who bundled the duo into a yellow bus, popularly known as danfo, only to discover there were police officers in the bus waiting for their prey.

According to him, the officers requested access to their phones, which was granted. He said despite the absence of incriminating materials, the officers seized the phones, labelling the brothers as internet fraudsters and cult members.

Samuel and his brother are software developers.

He added that the officers initially requested for N200, 000 while one of them threatened to waste the lives of their lives.

Samuel said though they pleaded with the officers and showed their IDs, they later paid N50, 000 to secure their freedom.

He said at the point of payment, the police officers invited a female POS (Point of Sale) agent, a third party, into the station for the transaction, possibly to remove all traces to the officers.

He said, “On Saturday’s afternoon, I was arrested alongside my brother by some officers in Ketu, we were taken to Mile 12 police station.

”We had done nothing wrong. I was with my brother and suddenly some hoodlums whisked us into a yellow bus (danfo), it was then we saw that there were police officers on the bus. They requested our phones without telling us what we did wrong, they asked for my ID card and I brought it out to show that I am a student of the University of Lagos but they weren’t even interested in what we had to say. They checked my phone and didn’t see anything incriminating there.

“They stripped us off our clothes, asked us to enter into the cell, told us we are internet fraudsters, cultists, and they kept giving us different tags. They asked us to enter the cell but there was urine on the floor so we refused. The officer, one Chinyere, said he was going to waste us and nothing was going to happen. He’s a very dark guy.

”They took our phones from us, denied us the right to call our families, and the Chinyere guy said he can do whatever he likes. They took our picture and said we are internet fraudsters. We said we aren’t fraudsters, that we work with Patricia. My brother even showed him his work channel on Slack but they refused to listen. We were asked to pay N200, 000 as a bribe.

”After pleading for long, they asked us to pay N50, 000. At the point of transfer, they brought a POS agent to do the transaction. I have the debit alert with me.”

Efforts to reach the state police spokesperson, Adekunle Ajisebutu, were not successful as he neither answered calls to his mobile phone nor replied to a text message sent to him.