A Plateau State University student has ended his life after posting a suicide note on Facebook.

He asked God to bless some people who helped him through life, He then asked God for forgiveness.

“The world is a bad place,” he added. 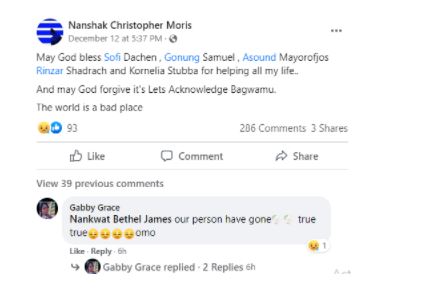 It later emerged that he took his life on Monday, Dec. 13.

Friends took to the comment of the post to reveal that Chris died after consuming a substance.

A photo of his body was shared by a friend as they mourned him. It shows him with a white substance at the top of his mouth. The deadly substance he allegedly consumed stained his white shirt too.

One “friend” was angered by Chris’ action and made this known, calling out the dead man for leaving without thinking of his sister. 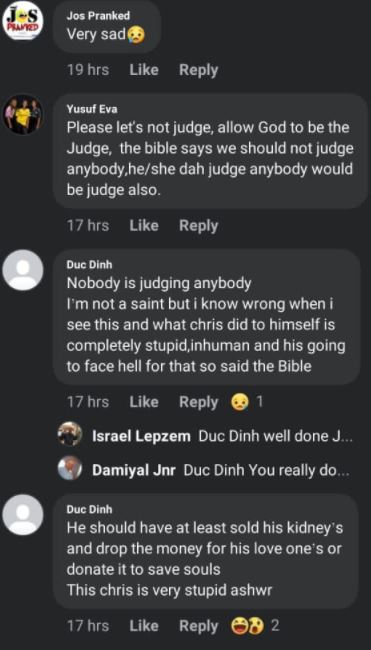 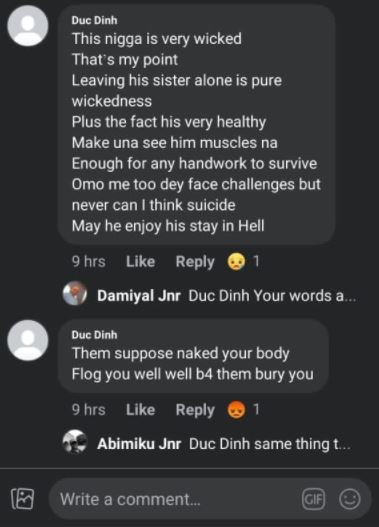