A young graduate, Suleiman Bala has been stabbed to death by suspected phone snatchers in Jos, Plateau State.

It was gathered that the hoodlums stabbed the Bayero University Kano graduate to death and made away with his phone.

One Sheikh Sheikh, who confirmed the incident said that the deceased will be laid to rest at his family house in Jos on Wednesday morning, December 29.

“To whoever life is given, death is a promise. Suleiman Bala yesterday night at the hands of unknown ‘yan iska’ who stabbed him to death and threw him along Duala, Jos. His Janaza is scheduled to hold by 8:00 am at his family house, Balarabe street, Jos. May his gentle soul rest in peace and his killers be exposed. Amin.” he wrote.

Meanwhile, friends, colleagues and former coursemates at BUK have taken to Facebook to mourn Bala and all described him as a gentleman. 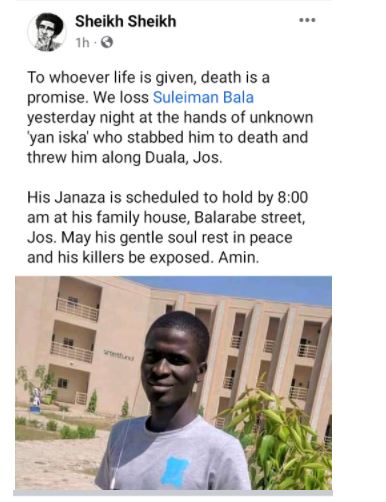 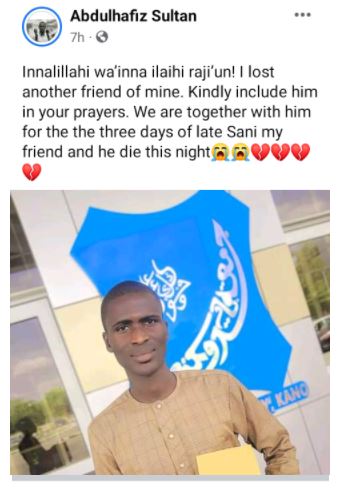 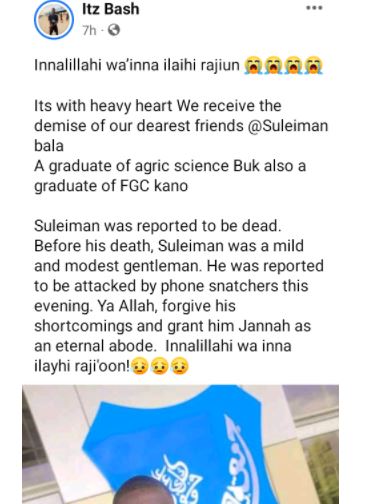