As many as ten members of the Olubadan-in-Council have endorsed the nomination of Lekan Balogun to become the next Olubadan of Ibadanland. 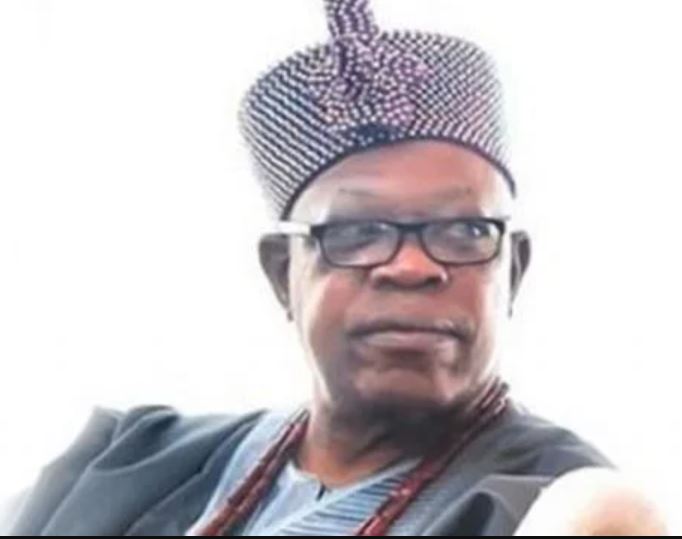 However, former governor Rashidi Ladoja, who is the Osi Olubadan, was absent when the endorsement was done.

The 10 members made the announcement after Balogun addressed a press conference at Mapo Hall on Wednesday to commiserate with Ibadanland on the demise of Oba Saliu Adetunji.

The kingmakers insisted that no court case would stop the appointment and installation of the next Olubadan.

They said the administration of the late former Oyo State governor, Abiola Ajimobi, did not tamper with the Ibadan Chieftaincy Declaration of 1957 by elevating them.

The Osi Balogun of Ibadanland, High Chief Tajudeen Ajibola, spoke on behalf of the kingmakers.

“The council, which is the kingmakers, has met and resolved that Balogun is next in line and will in line with the tradition ascend the throne of Olubadan,” he said.

In a text of the press conference obtained by our correspondent, Lekan Balogun re-echoed his position as the Prime Minister of the Olubadan-in-Council – Otun Olubadan.

He said, “By way of duty, as the Prime Minister of the Olubadan-in-Council, we owe the people of Ibadanland and Oyo State in general the obligations to inform and update you all on the latest developments at our Palace.

“It is no longer news that our much-revered Kabiyesi, Oba Saliu Akanmu Adetunji, Aje Ogunguniso II, the Olubadan of Ibadanland, has joined his ancestors.

“The good deeds he had done in respect of his dedication and commitment to the promotion and sustenance of peace and development of Ibadanland and Oyo State, in general, shall remain indelible in the hearts of our people.

“He was a peace-loving and an outstanding custodian of culture and tradition who held on strictly to the principles of excellent leadership. He would forever be remembered for his consistency and tenacity of purpose in whatever he believed would advance the course of Ibadanland.

“He has come, served, and had gone like everyone before him. And so will everyone at his own time.

“I enjoin you all to remain peaceful in all your conduct in order to sustain our unequalled historical peaceful co-existence for which Ibadanland is globally known.

“I, therefore, enjoin you all to discard with all unfounded rumors and insinuations capable of disturbing the peace of Ibadanland, irrespective of the quarter from which such fake news emanate.

“In line with the traditional practice of Ibadanland when an occasion like this arises, the Olubadan-in-Council has been up and doing liaising with the Oyo State Government to ensure that every necessary step to sustain the peace of the city is strictly followed.”

Tragedy As Man Kills Wife, Hangs Himself Over Their Inability To Have Kids