Fusion 774, a political support and economic advocacy group have appealed to the former Chief of Army Staff and Nigeria’s Ambassador to the Republic of Benin, Ambassador Tukur Buratai, to contest for presidency in the 2023 elections. 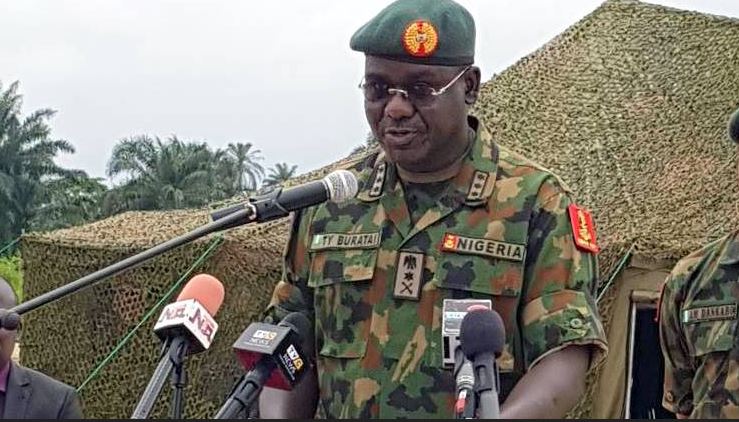 The group said it was ready to bear the cost of the All Progressives Congress presidential nomination form should he oblige them.

The National Coordinator of the group, Sediq Jikta, in a statement on Saturday, said he stated that the group was concerned by threats posed to the nation’s security, adding that a president like the former Chief of Army Staff was better poised to handle the situation.

It read, “The call by the members of the group was borne out of the security challenges facing the country. The 23 years of Nigeria’s democratic experiment had witnessed different threats to its survival such as civil disturbances which required experienced hands to pilot its affairs.

“Nigeria is currently in very challenging times and it is important to decide on the right leadership, a leadership with the capacity and ability to deliver and make the country work.

“The achievement of Buratai as a service chief in the fight against insurgency is a pointer to his sterling quality and qualification to vie for the highest office in the land.

“With his achievements, we can see that Buratai is one courageous leader who could step in and bring the much-needed solution to the security challenge and the desired development for the country.

“Fusion 774 is simply the unification of political strength of the 774 Local Government Areas in Nigeria into a virile, strong and formidable political front. By this announcement, we are prepared to purchase the APC nomination form for him in the event that he declares his acceptance and readiness to contest.”

2023 Presidency: Goodluck Jonathan Allowed Himself To Be Disgraced – Afenifere