2023: Only Osinbajo Can Change Narrative Of Governance — RCCG 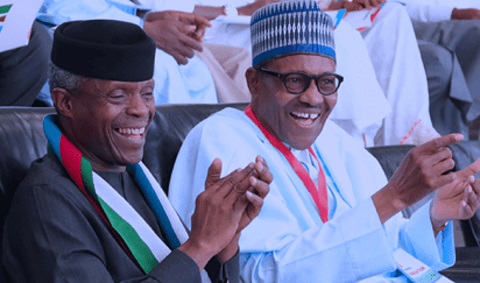 This comes after the Head of Politics and Governance of the Redeemed Christian Church, RCCG, Pastor Timothy Olaniyan, insisted weekend that the All Progressives Congress, APC Osinbajo, remained the only child of God and a pastor that could change the narrative of governance in Nigeria.
Fielding questions from newsmen at the inaugural conference of New Era Nigeria, NEN, a political movement set to change the narrative of governance in 2023, Olaniyan said: “Money politics in this country has led us to where we are now.
“People will promise heaven and earth, and at the end of the day, you see them giving N1000, N2000 to eligible voters. After the election, you won’t see any of their promises being fulfilled and the people they gave money will not have access to these notable politicians.
“It is high time our eyes were opened. What we want is not those baits, we want somebody that would make a promise to our children and fulfill it. If you tell me education is going to be free, I want you to get there and make it free so that we would not continue to build up youths who have no future.
“As of today, Pastor Yemi Osinbajo is not just a pastor, he is still a child of God. There are many pastors who can decide to do rituals with a human skull and still claim to be a pastor. I am talking of a child of God.”
On his part, the convener of the movement, Dr. Fatunji Stephen, in his remarks, said: “Since our independence, we have little or nothing to show for it. Administrations come and go, they make promises every now, and then, yet the story remains the same.
“As the citizens of this nation, we can’t fold our arms and be criticising them. This is what brought about the concept of New Era Nigeria.

Ramadan: Tinubu Distributes Sacks Of Rice And Sugar To 50,000 Families