A presidential aspirant under the All Progressives Congress, Bola Tinubu has been called out by Sam Amadi, a former Chairman of the Nigerian Electricity Regulatory Commission (NERC). 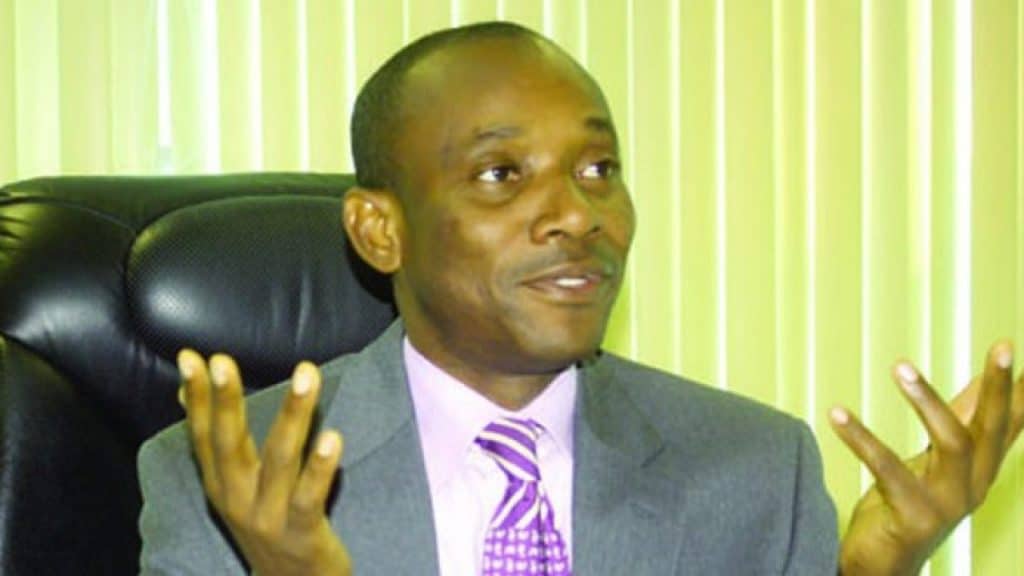 Amadi said he doesn’t support the 2023 presidential bid of former Lagos Governor Bola Tinubu because his profile is questionable, according to a report by DailyPost.
The report stated that Amadi made the submission in a Facebook post.
The Harvard alumni admitted that Tinubu “is a great man” who has the right to run.
Amadi also said the All Progressives Congress (APC) leader is “perhaps the greatest politician in Nigeria today”.
“But I will not vote or support him. In my view, his profile is very questionable in many ways”, he wrote.
“If he is president, it may look to some people as the equivalent of Nigeria being ruled by a one-man mafia, some would say, a criminal gang.
“This is a very corrupt country, almost a criminal state. Yes, we don’t need saints (we won’t even find them).

“But we don’t need someone whose important biodata are allegedly falsified or subject to controversy.
“We don’t need as President in 2023 someone who is stupendously wealthy; and we think his wealth may have been taken from the public (proven or not).”
Many continue to question the sources of Tinubu’s riches which grew after he left the Lagos seat of power in 2007.
The politician has been linked to companies involved in finance, construction, media, real estate, telecommunications etc.
On the eve of the 2019 general election, two bullion vans were driven into Tinubu’s residence in Bourdillon, Ikoyi.
In his reaction, the APC leader asked his critics to point to any contract he got from the current administration.
“Are those ballot paper?” Excuse me, is it my money or government money? I don’t work for the government.
“Let anybody come out to say I have taken any contract from the government of President Muhammadu Buhari in the last five years”, he said.

2023: Only Osinbajo Can Change Narrative Of Governance — RCCG