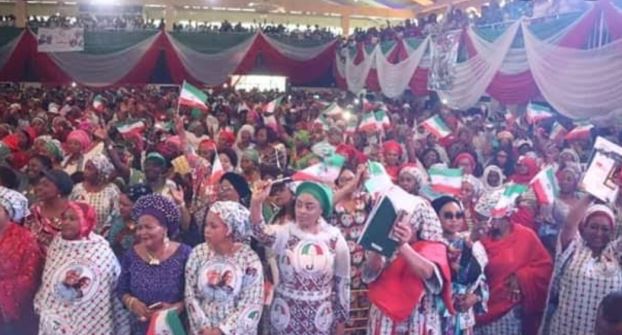 The national women leader, Ms Effah-Attoe disclosed this on Monday at a meeting she held with some aspirants at the party’s Wadata Plaza national headquarters.

She urged the women to aim at winning elections and not stop at merely participating in the exercise. The PDP women leader added that her office was already working with party leaders and stakeholders to ensure that a good number of the female aspirants emerged as the party’s candidates.

Ms Effah-Attoe advised the aspirants to be well-prepared to face the primary elections so as not to blame the party later.

“Some of us don’t even relate with our wards, not to talk about our local government chapters, and when the bell rings to buy the forms, we just run and pick the forms,” the PDP chieftain pointed out. “Politics is not practiced that way; you have to prepare yourself, especially for the primary.”

The national women leader said the meeting was to strategise how more women would merge as candidates at the primary elections.