If You Can’t Protect Us, Let Us Know – Kaduna Residents To Security Chiefs

Some angry Kaduna residents on Wednesday decried frequent kidnapping and killing by bandits while they mourn the killing of their breadwinners. 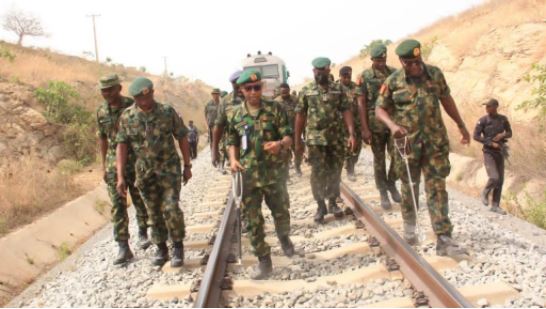 They called on the security agents and governments at all levels to provide a permanent solution to the killings, adding that if the stakeholders cannot protect them anymore, they would face the bandits themselves.

Bandits had attacked the Kagoro community in the Kaura Local Government Area of the state, killed several people and abducted others.

A few hours after, they attacked nine communities in the Giwa Local Government Area of the state and killed scores, just as they kidnapped several residents.

They also bombed the Kaduna-Abuja train, killed some passengers and wounded others while scores are missing.

“Bandits are gaining ground. Our Nigerian troops are dying daily. Most experienced army personnel are being retired, killed or dismissed.

“Those boys recruited into the service have no experience on the job. They kill them daily like chickens. We cannot fold our hands while the battle is taking to our doorstep.

“Also speaking, Major Usman Momoh (Rtd), said it is a bad situation we find ourselves in.

“Again, Nigerians are not sincere with themselves. We betray ourselves simply because or money,” he said.

According to him, “those sponsoring criminals keep loading foreign mercenaries to Nigeria to fight our security, kill us and when their population is reduced, the sponsors of these criminals, go to other countries and bring more.”

He said those fighting Nigerians are foreigners, sponsored by Nigerian rich men.

“Now, the experienced military officers are gone, living the few who are learning on the job, to face bandits.

“Most of these foreign bandits are trained military who are being persuaded to come and take arms against Nigerians,” he said.

Dr Moses Wamah, an expert in Conflict peace and security operations said, “we all know that the power, strength of our military personnel are getting low, weak every day. Which is not good for this country.

According to him, the bandits could be 50-60 years, provided they can fight gallantly, their sponsors recruit them.

“This is unlike recruitment in the Nigeria force, where specific qualifications and age limit applies. Even those recruited have no experience elsewhere. Some do not have interest in the job, but because there is no job, they have to accept the job,” he added.

He appealed to the security operatives, the federal and state government to restrategize and restructure their respective battalion, for effective operations.

Soldiers Decorated With Medals For Gallantry In Borno