One of the victims of the ill-fated Abuja-Kaduna train who was pregnant when she was abducted has delivered a baby in the terrorist’s den. 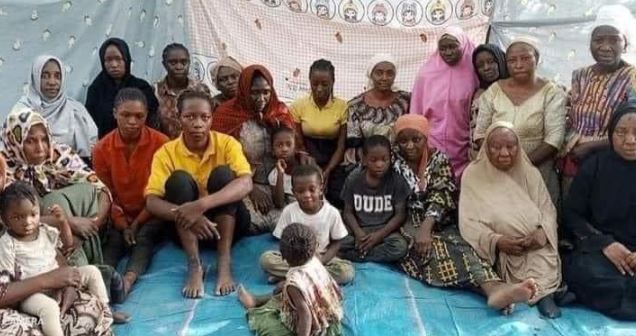 The terrorists had on March 28, attacked the train heading for Kaduna from Abuja after bombing its rail track.

Nine persons were killed during the attack, scores injured and over 62 other passengers kidnapped including the new mother who was reportedly eight months pregnant at the time.

A family member of the female passenger who pleaded for anonymity said in an interview with Arise TV, that she gave birth safely with the aid of doctors brought in by the terrorists.

“They contacted us and broke the news to us that she gave birth at the weekend. Even though, they did not tell us whether it was a boy or a girl.” he said.

“The state of health of the baby is however unknown. She gave birth with the aid of doctors brought in by the terrorists,”

One Killed, Over 20 Houses Razed As Hausa, Fulani Communities Clash In Bauchi