Veno Marioghae Mbanefo, the veteran Nigerian singer, has dismissed the reaction of a telecommunications company, Airtel Network Limited to her demand for N50 million compensation, among others over the “unauthorised use” of her musical work by the company. 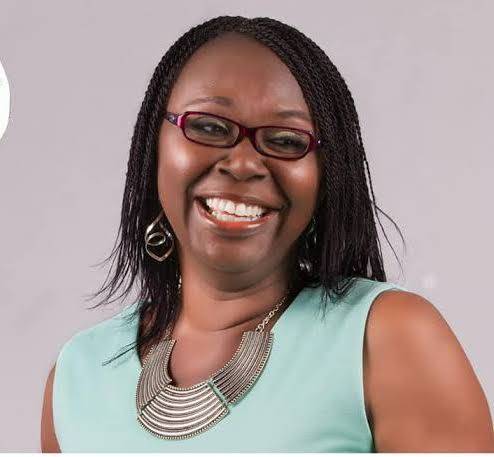 Veno Mbanefo said she was standing by her letter demanding N50 million compensation among others, adding, “In fact, we should up the amount because they are slandering me”.

Airtel in its earlier statement dated April 22, 2022, and addressed to the artiste’s counsel, the Managing Partner, Felix, Igelige & Associates, denied any wrongdoing.

Airtel Nigeria reacted in a letter signed by Joachim Okere and Adebayo Àjàyí, the Head of Legal Services and Lead, Litigation and Dispute Management respectively, denying the claims, which it described as ‘false and defamatory’.

The company further demanded a letter of retraction/apology from Mbanefo within seven days from receipt of its letter or risk civil/criminal legal actions instituted against her.

The telecoms said, “With no alleged receipt of the demand letter and right of response from Airtel, your Client has wrongfully and maliciously damaged the good reputation of Airtel by deliberately publishing false and defamatory statements about the Company.

“Airtel emphatically denies promoting its TV App with your Client’s musical work. As you are aware, Airtel’s TV App has been in wide circulation within Nigeria since January 2020 and has gained prominence within Nigeria and the larger African continent since then.

“You are also aware that ‘The Voice Nigeria’ is a global musical event not owned by Airtel or any of its affiliates. Airtel and other Nigerian organizations have sponsored a few seasons/episodes of the event and nothing more.

“Your Client’s online publications failed to provide the details or instances of any publication by Airtel of the said musical work and how the musical work was used by Airtel to promote the TV App and ‘The Voice Nigeria’ musical event. It is therefore clear to us that your Client’s online publications were calculated to mislead members of the public and to damage the good reputation of the Company in the eyes of the public without any justification or legal basis.

“Take notice therefore that unless we receive a letter of retraction/apology from your Client within (7) seven days from your receipt of this letter, we shall instruct our solicitors to proceed with the necessary civil/criminal legal actions against your Client to ensure that the law runs its full course in this matter.

“Be assured of Airtel’s resolve to pursue this matter to a logical conclusion notwithstanding the cost and length of proceedings, and we trust that you will give our letter the attention it deserves.”

Veno Mbanefo, however, dismissed Airtel’s claims, saying, “I, Veno Marioghae Mbanefo, having read the response of Airtel to our claim of their copyright infringement in which they used my song, ‘Nigeria Go Survive’ to promote their TV app and also ‘The Voice Nigeria’ stand by our letter of notice to them. It is perplexing that even with proof of our claim, they are denying and playing the injured party. But the truth will come out ultimately. We stand firmly on our claim. Thank you.”

Mbanefo had in a letter to the Chief Executive Officer of Airtel Network Limited, Ikoyi, Lagos, accused the telecoms company of using her song, ‘Nigeria Go Survive’ to promote its TV app and ‘The Voice Nigeria’, without her permission.

The letter signed by her lawyer, R. A. Igelige Esq and obtained by SaharaReporters on Tuesday, asked the telecoms company to “cease and desist forthwith from further infringing on the copyright of our Client to the aforementioned musical work”.

It also asked Airtel to “pay to our Client the sum of N50, 000,000 (Fifty Million Naira) for the unauthorised commercial and also derogatory use of her musical work”.

But the telecoms company said it had not promoted its TV App with Mbanefo’s musical work.

The company further demanded a letter of retraction/apology from Mbanefo within seven days from receipt of this letter or risk civil/criminal legal actions instituted against her.

A letter from the company reads in part, “We have become aware of certain online publications sponsored by Ms. Veno Marioghae Mbanefo (your “Client”) against Airtel Networks Limited (“Airtel”) demanding the sum of N50,000,000 (Fifty Million Naira) for alleged copyright infringement in respect of your Client’s musical work, ‘Nigeria Go Survive’.

“We have carefully reviewed the online publications sponsored by your Client on: www.9jaflavber.com; www.today.ng; www.premiumtimesng.com;

“Airtel is yet to receive any demand letter from your offices or your Client in respect of this matter. Your Client’s online publications indicate that Airtel was given 21 (Twenty-One) days to respond to your demand.”

APC Delegates Get N250,000 Each During Meeting With Vice President, Osinbajo

NURTW Kicks Over Arrest Of 16 Members By Oyo Government, Alleges Plan To Kill Them