Wema Bank Plc has accused a Lagos businessman, Timi Popoola of being behind the recent reports in the media regarding money laundering and bribery allegations on a customer’s transaction. 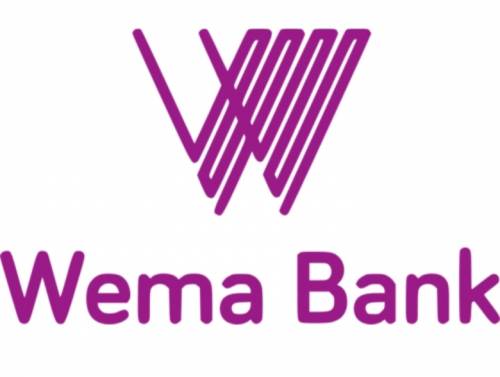 The bank in a letter to the businessman by its lawyer, Adeyinka Olumide-Fusika, a Senior Advocate of Nigeria, also faulted a police report signed by the Commander of Area G, Lagos, ACP Ibrahim Zungura, alleging its management staff members fraudulently moved N1.7 billion to an account number 0122367964, domiciled in the financial institution.

According to the letter, the police boss is a lodger in a guest house operated by the businessman at Block 92, Plot 4B, Naomi Thomas Street, Peace Valley Zone, Magodo, GRA Phase 11, Lagos.

The bank also threatened to sue Popoola if he desists from allegedly blackmailing the financial institution.

The letter read, “Sometime in the year 2021, you had approached my clients for the release of your property on the ground of an alleged side arrangement (unknown to my clients) between you and the borrower to the effect that the use of your property as mortgage security for the amount borrowed would be for (a) duration of six months only.

“The contention was, of course, baseless having regards to the terms upon which you mortgaged the property to my client. You were instead advised by my client to arrange for the liquidation of the debt in order to obtain the discharge of the mortgage security.

“Obviously, unhappy with this advice, you returned sometime later to my clients, claiming to have come into possession of some undisclosed but allegedly embarrassing information against their institution, but which you were offering in exchange for the discharge of the mortgage on your property and the release of your title documents.

“My clients, of course, refused to succumb to your blackmail and repeated its advice to you to the effect that nothing but the liquidation of the debt against the repayment of which you pledged the property as security would make them release the encumbrance on your property. Shortly thereafter, my clients started receiving letters to attend the office of one ACP ID Zungura, Area Commander of the Area G Command, Ogba, of the Nigeria Police Force who claimed to be ‘investigating a case of fraudulent activities and money laundering reported’ to him by you.

“This officer (ACP ID Zungura) just conveniently happened to be a lodger in a Guest House you operate at Block 92, Plot 4B, Naomi Thomas Street, Peace Valley Zone, Magodo, GRA Phase 11, Lagos. So, it did not come as surprise when he claimed to have investigated your complaint and found it to be true.”

The bank added that the case which had Isaac Adewole, the Managing Director of Shibahwells Energy, and Kingsley Ananwude, a staff member was struck out over “lack of merit”.

“Upon a subsequent legal advice of the Honorable Attorney General and Commissioner for Justice, the charge (as contrived between you and your tenant, ACP ID Zungura, against my clients’ Kingsley Ananwude and Shibahwells Energy’s Adewole Isaac) was determined unworthy and therefore struck out by the magistrate on the 15th day of March.”

Photos Of Osinbajo Visiting The Oba Of Benin, Asagba Of Delta Over Presidential Ambition