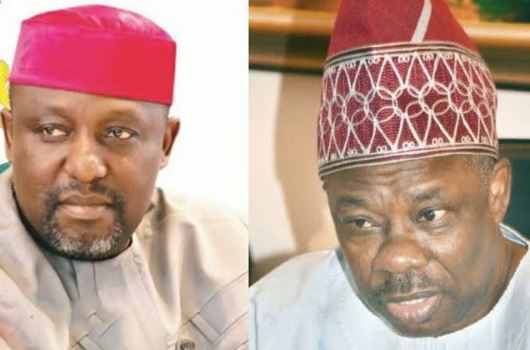 THE All Progressives Congress (APC) will on Friday hold its National Executive Committee (NEC) meeting with the outcome of the Presidential Election tribunal and the governorship   poll results in Bayelsa and Kogi states top on the agenda.

The meeting will also look into the suspension of Ondo State Governor Rotimi Akeredolu and ex-Governors Ibikunle Amosun and Rochas Okorocha, who are now senators.

There was pressure on NEC members last night to lift the suspension on key leaders in order to keep a united APC family.

Although the crisis in Edo State chapter of APC is not slated for consideration, there were indications that some members of the committee might raise the issue.

The National Working Committee (NWC) has NWC had already set up a five-man fact-finding committee headed by Governor Abdullahi Ganduje on the crisis of confidence among APC stakeholders in Edo State.

Some items on the agenda include the 2020 Budget of APC; the building of a new secretariat for the party and the establishment of the Progressives Institute to train future members and leaders on party politics.

INEC Compensates Family Of Corps Member Who Died In Oyo

INEC Compensates Family Of Corps Member Who Died In Oyo