Samuel Ortom, the Governor of Benue State, has ordered the immediate arrest of the leaders of the ‘Hunters and Forests Security Guards’ in Makurdi, the Benue State capital.

The group was described as illegal by the state government.

A statement by the state government on Wednesday, signed by Nathaniel Ikyur, Chief Press Secretary, said on Tuesday, “an illegal group known as Hunters and Forests Security Guards caused heavy security breaches on the streets of Makurdi and shaved a young lady’s hair”.

The governor in the statement distanced himself and his administration from the activities of the organisation that forcibly shaved a young lady’s hair on the street of Makurdi saying “they are not an agency of the state government”.

He maintained that the state government has no relationship with the hunters’ security outfit and will not in any way condone their operations in the state.

“The Hunters and Forest Security Guards is not a creation of the Benue State Government and we absolutely do not have any relationship with it in whatever form. As the Chief Security Officer of the State, I am appalled by the unlawful acts of these people and I condemn this in unequivocal terms and state categorically that my government has nothing to do with this group and its actions,” the statement said. 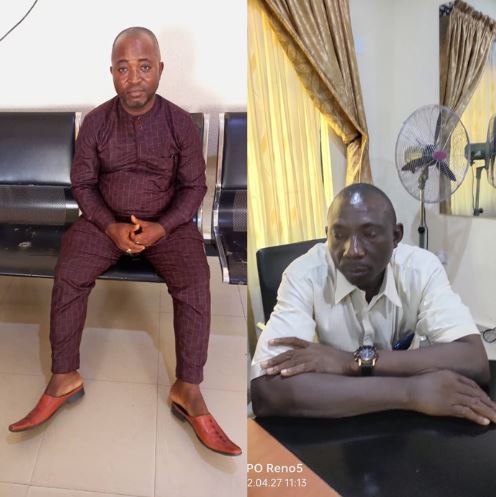 Ortom stressed that his government does not condone injustice of any form and inhuman treatment of persons based on gender, social, political religious or ethnic segregation.

The governor emphasised that as a government, which has been at the forefront of the fight against insecurity and all forms of injustice and discrimination against her people, he would not fold his arms and watch some lawless persons maltreat his people.

“I have repeatedly maintained that I will never allow criminals to take over the state. Benue citizens are law-abiding and we cannot allow illegal bodies to operate and harass people here,” he said.

Consequently, some leaders of the group have been arrested by the police for breach of security in the state.

A video had gone viral showing members of the hunters’s union forcibly shaving a woman’s hair in the state.

The hunters had stopped a motorcycle carrying the lady with gold-tinted hair, forced her to sit on the ground, and shaved her hair.

Many Nigerians on various social media platforms had urged the state government to punish the men for assaulting the woman.