Two men, Ismail Ajibade and John Adewumi, a Beninoise in possession of $285,000 and CFA 18, 925,000 have been arrested by the Joint Border Patrol Team, comprising the Nigeria Customs Service, the Nigeria Police, the Department of State Services, DSS, and the Nigerian Army, on Thursday, and handed over to the Economic and Financial Crimes Commission for further investigation and possible prosecution.

The suspects were arrested on April 15, 2022, by officers of the JBPT, whilst on a routine patrol along the Ilashe/Ihambo axis of Ogun State.

While handing over the suspects, A. Adamu, who led the team, said Ajibade, who is a driver received the foreign currencies from one Taiwo Hassan in Ogun State and was on his way to convey the same to Adewumi, who had been directed to deliver the monies to one Oladimeji in the Benin Republic, when they were intercepted.

The JBPT also handed over the currencies that were recovered from the suspects to the Lagos Command of the EFCC.

The suspects will be charged to court as soon as investigations are concluded, according to a statement by EFCC spokesman, Wilson Uwujaren. 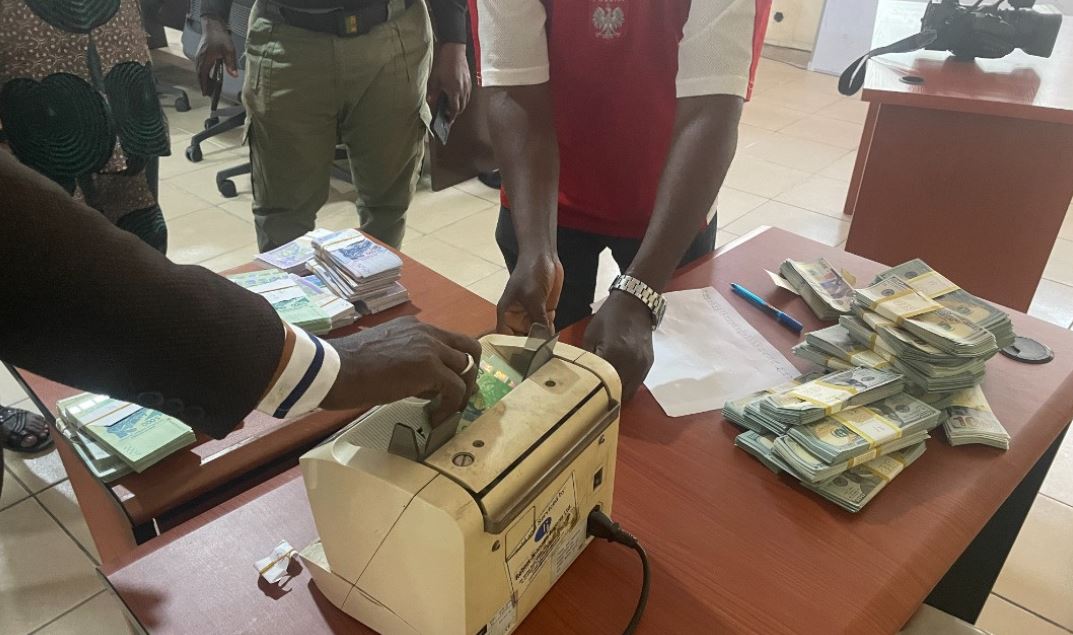