The Minister of Information and Culture, Lai Mohammed has argued that Muhammadu Buhari’s government is not overwhelmed by insecurity. 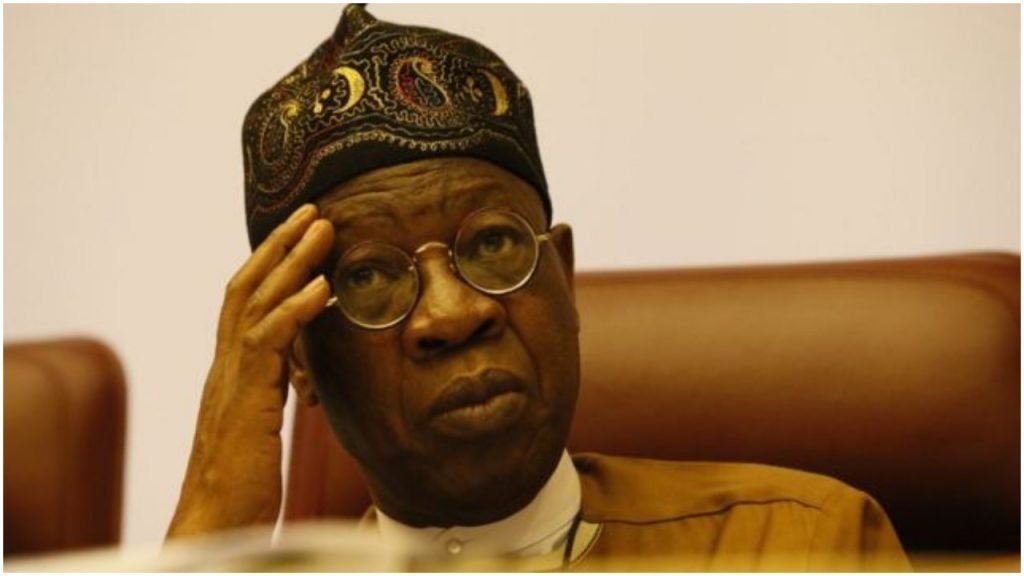 Mohammed’s statement comes after former President, Olusegun Obasanjo had on Sunday said the government of President Muhammadu Buhari is overwhelmed by insecurity.
Obasanjo while reacting to the recent Kaduna train attack said Nigerians travelling are no longer safe on the road, in the train and at the airport
He called for concerted efforts to stem the tide of insecurity in Nigeria, regretting that the Buhari administration had been overwhelmed by the situation.
Reacting, Mohammed on a TVC programme, condoled with the families of the victims, citing the various Federal Government’s efforts in tackling the security challenges in the country.
He said the government is fast-tracking the installation of some security gadgets on railway tracks to ensure adequate surveillance.

“The Federal Government is working toward ensuring that such incident does not reoccur.
“One of the things that the government wants to do is to fast-track the installation of a surveillance and monitoring system, not just on the Abuja-Kaduna rail track.
“But also on the Lagos-Ibadan and Warri-Itakpe rail tracks to ensure that at any given time we will be able to monitor from the control room,’’ he said.
Mohammed claimed that in spite of the security challenges, the military and other security personnel were doing their best and have recorded successes in their fight against terrorism.
“ We must give kudos to our military; you know that we are not fighting a conventional war but terrorism, hence the need for everyone to support the security agencies so as to win over the menace.
“The Federal Government has also given the military the enabling environment to continue in the fight against terrorism and banditry,’’ he said.
The minister also assured Nigerians of the Federal Government’s commitment to ensure that every state is secured.