A man who is yet to be identified man has died tragically in Lagos State. 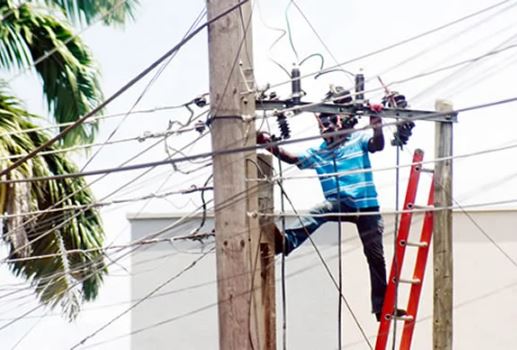 The man perished after being electrocuted at Isale-Agbede in the Lagos Island area.

City Round gathered that the man died while stealing a cable from a transformer in the area.

Though details of the incident remained sketchy as of the time this report was filed, a video watched by our correspondent on Friday, showed the body of the man trapped between two transformers while about three long cables were also seen at the incident scene.

It was further learnt that the incident happened a few days after the cables were replaced after the former ones were stolen by suspected louts in the area.

A tweep identified only as Teewhy, who posted the video, noted that residents of the area often thought the victim was an official of the Eko Electricity Distribution Company.

He said, “The guy here tried to steal a cable from a transformer panel but unfortunately ‘NEPA’ restored light and he was electrocuted. It happened somewhere around Lagos Island. Most people thought it was “NEPA’ officials that do come and steal them.’’

Efforts to reach the spokesperson for the EKEDC, Mr Felix Ofulue, were futile as his mobile indicated that it was switched off at the time the report was filed.

Contacted, the state police spokesperson, Benjamin Hundeyin, confirmed the incident, saying the man had yet to be identified.

Hundeyin stated, “We are aware of the incident but the man has yet to be identified. Investigation is also ongoing.’’