Panic As Police And NSCDC Officers Clash In Imo 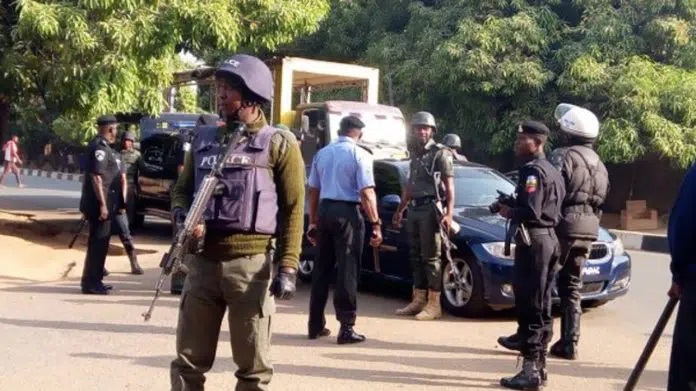 Vanguard reported that the incident happened at the state’s headquarters of NSCDC on Monday evening along Okigwe road.
An eyewitness disclosed that the gunshots lasted for more than 30 minutes, leaving major route that connects Owerri to the Imo state University and other major communities in the state deserted at about 5:45 pm on Monday.
Speaking to the Vanguard about the incident, Chuka (surname withheld) said: “There is serious shooting going on in our area now. We have all scampered into the safety of our rooms. From where I am hiding with members of my family, I can’t hazard a guess on the people shooting.

“I’m not sure if the unknown gunmen are at it again, but I must, however, say that the shooting appears endless. I will keep you posted if the situation gets clearer.”
Another inquiry from a businessman, who operates his outfit in the area and spoke on strict grounds of anonymity, said: “The shooting spree is between the police and NSCDC personnel. I understand that a police officer was arrested for a yet to be ascertained infraction and detained by NSCDC officers. I also learnt that he alerted his colleagues and they stormed NSCDC.
“It is not clear if they succeeded in getting their man out from detention or not. It is also not clear if anybody died in the process, but the massive shooting was uncalled for.
“The invading police officers ought to have chosen a more civilized approach in resolving whatever was the issue, instead of taking laws into their hands. I expect the State Commissioner of Police to fish out the fellows that attacked the NSCDC Headquarters and punish them appropriately.”
A report by Punch revealed that the incident happened as a result of the arrest and detention of a policeman in the NSCDC custody on the orders of the state Commandant of the corps.

I Lost My Shame The Day Nigeria Accused Me of Being a Homosexual – Crossdresser, James Brown