Diabetic: Is It Not The Right Time We Sent Abba Kyari to the US to Have The Best Medicare? – Singer Eedris Abdulkareem Asks

Singer Eedris Abdulkareem has called on the federal government to hand over suspended deputy commissioner of police, Abba Kyari to the United States.

He made the call on his social media page after Kyari told a court that he is hypertensive and diabetic.
Kyari in his bail application filed by his lawyer, Cynthia Ikenna, said he needs to leave NDLEA custody so as to receive proper medical attention.

Eedris in a post shared on his Instagram page asked if this isn’t the right time to send the Kyari to the US for medical care. Recall that Kyari is also wanted in the US to answer questions concerning his alleged involvement in Hushpuppi’s fraudulent activities.
See Abdulkareem’s post below: 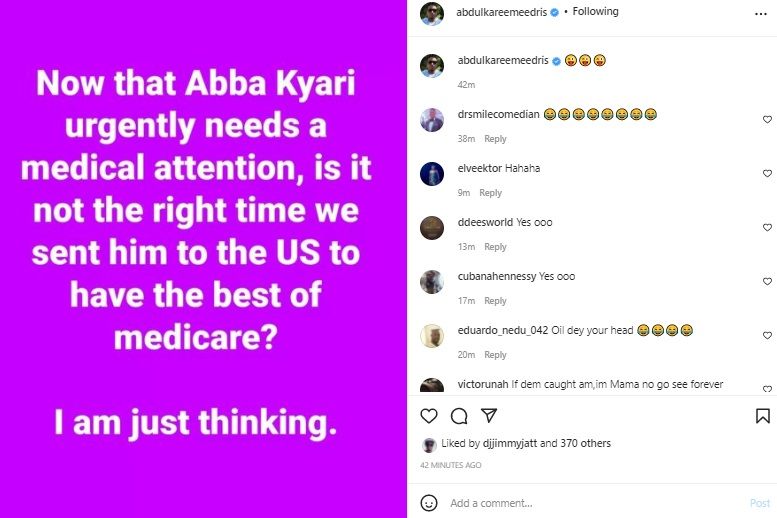