The caretaker of the three-storey building that building collapsed in Ebute Metta area of Lagos State on Sunday has disclosed that occupants were given notice to quit but they failed to vacate the building. 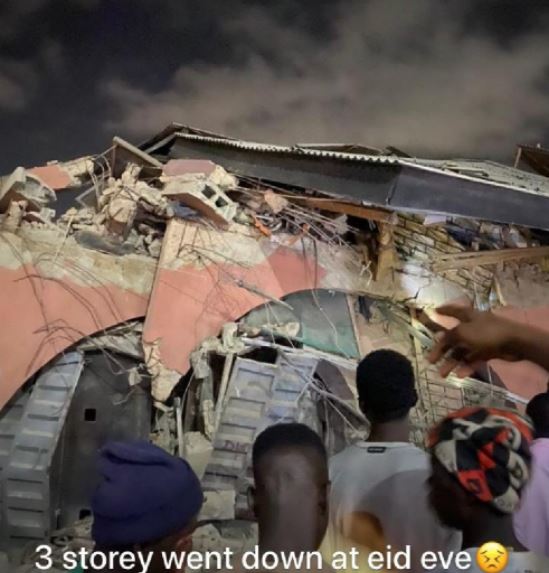 Speaking on the condition of anonymity, the caretaker, who is the son of the landlord, told emergency responders that he was living in the building with other occupants when he noticed signs of distress.

“I had to leave the building and rented an apartment in the same vicinity,” the caretaker said.

He claimed he did not collect rental fees from the tenants for a long time since he expected them to move out.

At least eight occupants have been pulled out of the rubble dead while 23 of them were rescued alive.

Emergency workers have been working round the clock to get to ground zero of the building.

Why We Killed Military Couple In Imo – Unknown Gunmen