29 persons suspected to be internet fraudsters have been apprehended in Kwara state.

Others are Ahmed Quadri, Olanipekun Ibrahim, Olabisi Ololade, Ahmed Akorede, Wasiu Adesina, Damilola Samsudeen, Olaloye Damilare, Nathaniel Laoshe, Adeniyi Opeyemi, Adebayo Shahajudeen, Segun Ajila, Kehinde Olaniyi and Ibitowa Toyeeb.
According to a statement by the Head, Media and Publicity of the antigraft agency, Wilson Uwujaren, the arrest followed credible intelligence received by the Command on the activities of the suspects.
He said that items recovered from them include mobile phones, laptops and cars, adding that some of the suspects had confessed to the crime and they would be charged to court upon the conclusion of the ongoing investigation. 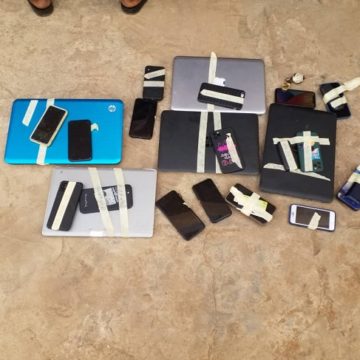