A photo of gunmen suspected to be members of the Indigenous People of Biafra arrested by troops of the 34 Artillery Brigade, Nigerian Army has been made public. 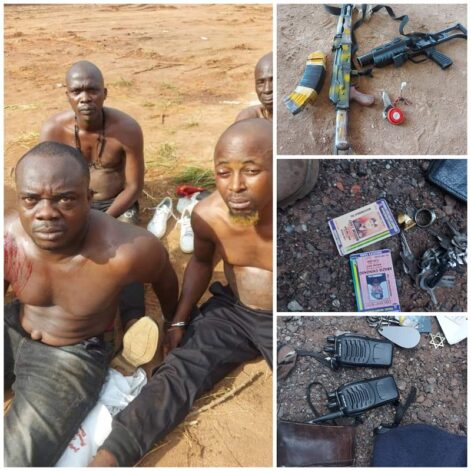