The federal government has been accused of lying after it claimed that the Catholic Bishop of Sokoto Diocese, Mathew Hassan Kukah, and critics of the president were the reason the US delayed arrival of 12 Super Tucano jet fighters to fight insecurity in the country. 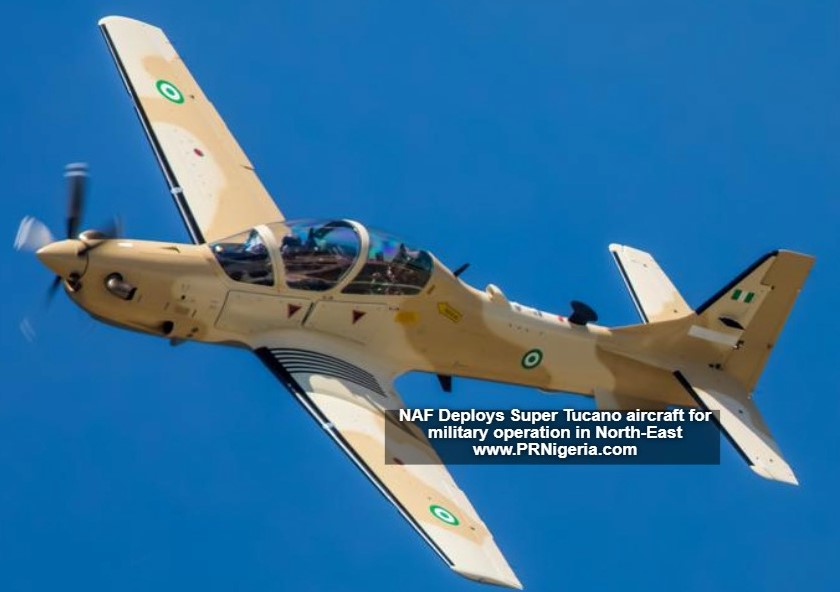 Northern Elders Forum (NEF) condemned the presidency for blaming the Bishop.
Recall that Presidential Spokesman, Garba Shehu, had in a statement on Sunday said Kukah was responsible for the delay in the arrival of the jets.
He also accused the present administration’s enemies of heightening the division between Christians and Muslims in Nigeria.
While slamming the US policy experts and think tanks for predicting Nigeria’s collapse, the Presidency also accused the US of being inconsistent with its support to Nigeria in fighting insecurity.
Reacting to the president’s comment, NEF spokesman, Hakeem Baba-Ahmed, slammed the Presidency for accusing Kukah and the opposition leaders for the failure of the Buhari government.
In an interview with the African Independent Television (AIT) on Monday, Baba-Ahmed said the presidency should blame the conduct of the Nigerian military and security agencies on human rights issues for the delayed arrival of the Super Tucano jets.
Baba-Ahmed advised the Federal Government to ensure the country’s military operations satisfy the basic standards demanded by US weapon suppliers to facilitate the easy purchase of fighter jets.
He tasked the government to reassess its approach to the war against insurgency and terrorism to avoid issues that lead to delays in weapons procurement from Western countries.
The NEF spokesman, however, expressed regrets that whoever pointed out flaws of the Buhari government is attacked by his spokespersons.
He said: “Everybody knows this. They will not sell you one bullet unless they are satisfied that you’ve met certain criteria. And they have raised issues over and over and over again. The Nigerian government knows this. But they need to improve the conduct of the Nigerian military, in the fight against the insurgency, against terrorists. They know this.

“You know, the presidency spokespersons have a way of deflecting criticism by making it personal. When you say that there is a shortfall in the quality of government, they find something to stick you with. People like Bishop Kukah and I are used to this. We don’t take it seriously.
“This organisation should be criticised and must be criticised, and those who are ready to do so should be willing to take some of the words that Garba Shehu and Femi Adesina recycle every once in a while when we point out certain facts about the failings of the president in terms of securing the country.
“So, whether it comes from Bishop Kukah or it comes from me, we made this point. We want to buy weapons from some countries and improve the way we wage this war. It can be done, it must be done if you want these weapons. You certainly don’t want to go the option of some other members of the government who say procure weapons from anywhere in the world or just bring in mercenaries to fight a war for you.
“So, I agree with Bishop Kukah that government needs to review its attitude, some of those issues raised by countries that are creating problems, well, seemingly creating problem for us in terms of selling weapons, and that the onus is on us to improve those conditions. It is fact and we need it now.”
The NEF spokesman also reiterated its earlier call for President Muhammadu Buhari to resign if he is unable to resolve the nation’s security problems.
He said: “We must not go to the 2023 elections with the current state of insecurity or a worse state of insecurity, not just because of the elections, but because life is getting worse by the day and it is time to reverse this trend. We cannot continue to live like this. Every inch of this country has one form of security challenge and there are solutions to them. It cannot be that there are no solutions to the insecurities.
“So, if we can, so, if there are solutions, you have to ask, is the problem with the people who are supposed to find the solution? Are you saying that we can’t deal with bandits and kidnappers and IPOB and ESN and people who are making billions of money from oil theft and using it for other illegal activities?
“There must be something wrong in the way we are running the country. We should say so. We should raise our voices and demand that the people we voted into office, the president, the National Assembly, governors, they must do better. We can’t live like rats hiding in holes and running away every year from criminals. We just can’t. We’re tired.
“If they can’t operate the country, there is an option. There is a provision in the constitution for stepping down if you can’t perform the most basic function available to you, which is to protect and secure citizens. That’s what we’re saying, but a few people thought that extreme, but it is a statement of fact.”