FG Reacts To Treatment Of Super Falcons At Abuja Airport

Sunday Dare, the Minister of Youth and Sports Development has reacted to the unpleasant treatment meted out to the Super Falcons on their return to Nigeria from Cote d’Ivoire. 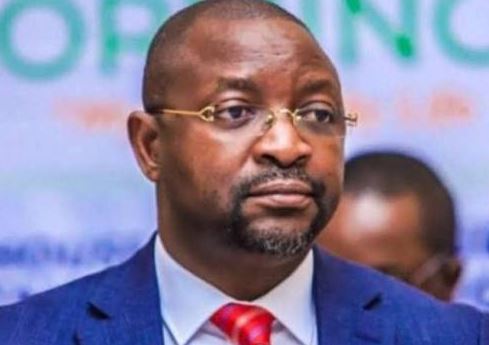 The Falcons were reportedly delayed for hours and subjected to traumatic experiences at the Nnamdi Azikiwe International Airport, Abuja, due to some unclear COVID-19 protocols in the early hours of Thursday.

The footballers had arrived in the country a few hours after picking a priceless ticket to the African Women Cup of Nations tournament to be hosted in Morocco in July.

In widely circulated videos on social media, the footballers and their officials were seen going through difficult times at the airport.

They were delayed for about three to four hours owing to COVID-19 protocols and later the locking up of all terminal exit doors for a totally different reason.

One of the players, Uchenna Kalu was seen lying on the floor, in pain and in dire need of medical attention.

Reacting, the minister in a statement on Thursday described the incident as unfortunate, noting that a complete account of what happened has been received by his office.

NAN reports that Dare said the Ministry will send its findings to the National Centre of Disease Control (NCDC) and the Federal Airport Authority of Nigeria (FAAN) to thoroughly investigate the matter and ensure that sportsmen and women are treated fairly and respectfully.

Dare said the Nigeria Football Federation (NFF) will also meet with the relevant authorities to review and ensure that this type of situation does not happen again.

Russia vs Ukraine: Nigerian Govt Reveals When It Will Evacuate Citizens