The full list of 20 Commissioner-nominees appointed by Anambra State Governor, Charles Soludo has been made public.

The list was sent to the Anambra State House of Assembly.
According to The Nation, the list had some of former Governor Willie Obiano’s men and two reporters from the State owned Anambra Broadcasting Service (ABS).
They are: Nollywood actor Mr Don Onyenji and Mrs Ifenyinwa Obinabo, who later served as Transition Committee Chairman of Orumba North local government area. 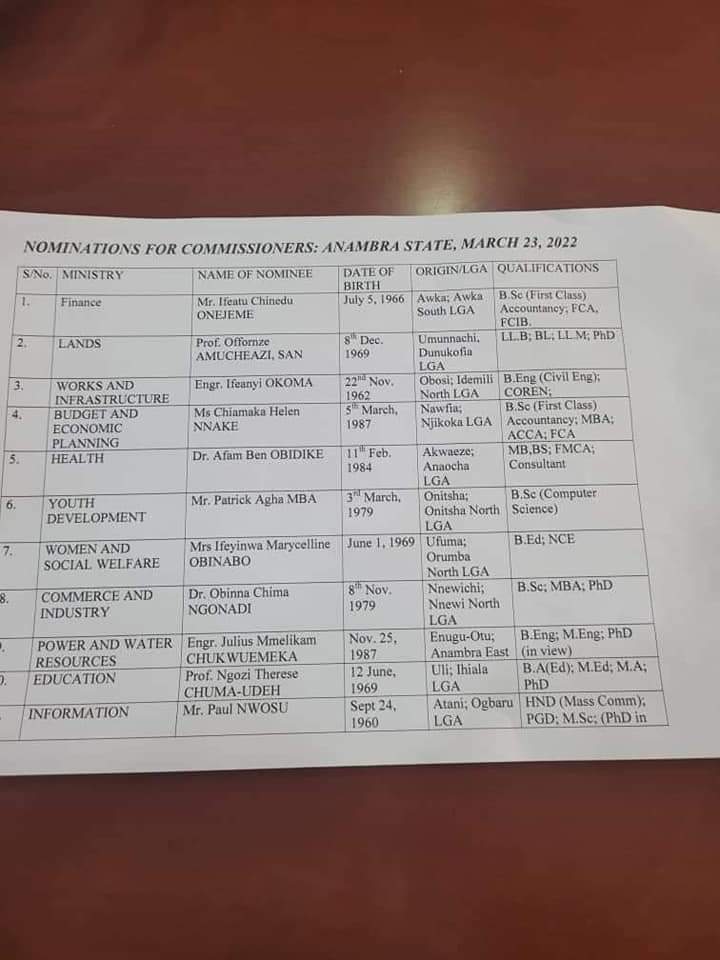 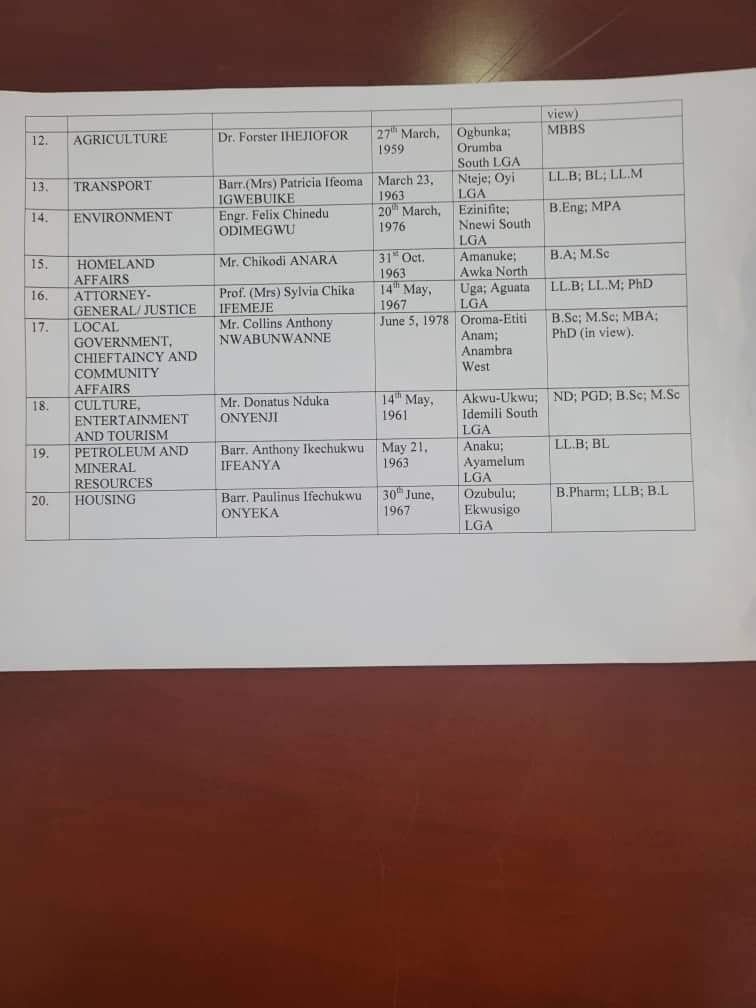