A fight between Hausa motorcylists and area boys in Lagos has left one person dead.

The incident happened in the Baruwa-Gate area of Ipaja, Lagos State.
In an update, the Rapid Response Squad of the Lagos State Police Command said, “Our officers responded to the violent fights that broke out in Baruwa/Gate area of Ipaja this morning.
“Calm has been restored to the area. One person was confirmed dead.
“The killer and other suspects have been arrested while intensive patrols of the area is going on.
“Lagosians are urged to go about their lawful duties, especially in the axis as their safety and security is being made a top priority.”
A Twitter user said the dead man has been identified as Inawo. 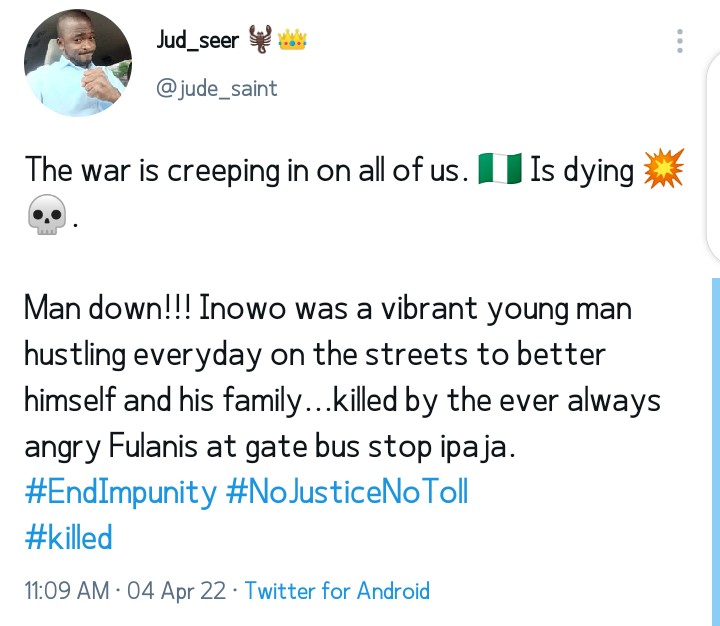 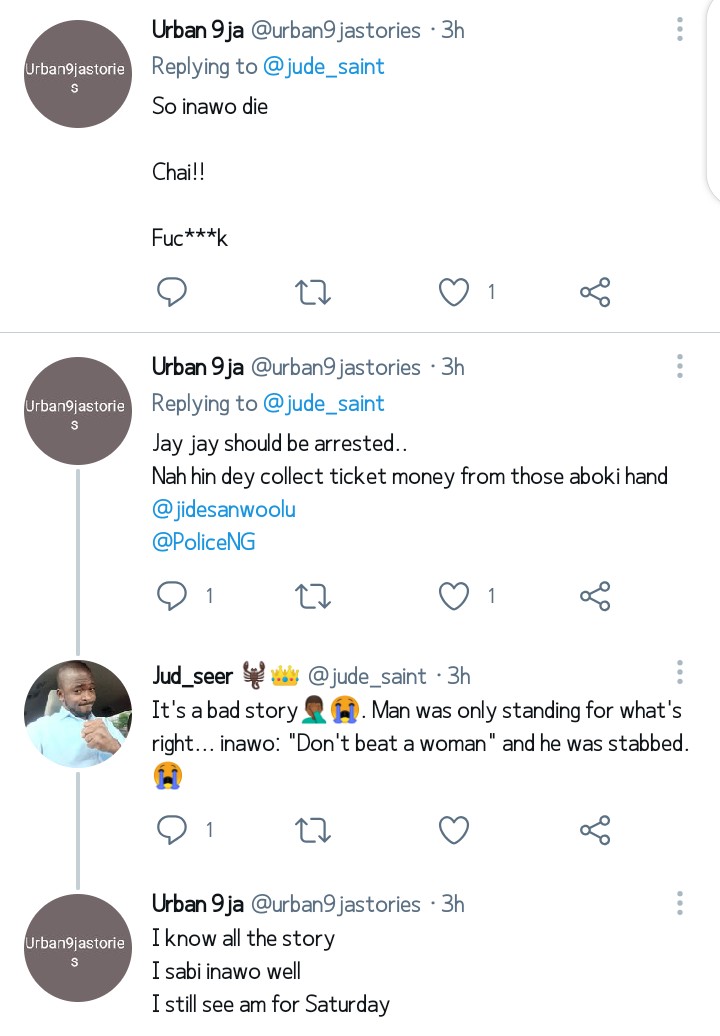 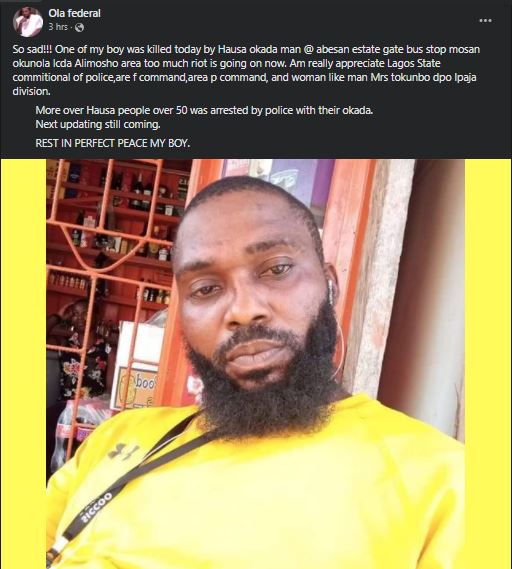 Update: Photos Of Three Of The Victims Kidnapped By Bandits During Attack On Village Along Abuja-Kaduna Highway