Heartbreaking! Bandits Kill Man On His Way From Sokoto To Zaria

Some persons suspected to be armed bandits have killed a resident of Kaduna State.

The deceased was identified simply as Bala Driver.

According to one Prince Abdul, the deceased was killed while returning to Zaria from Sokoto State on Monday, December 13.

It will be recalled that a respected community leader, Alhaji Sani Dogara and a member of the State House of Assembly, Hon Rilwanu Aminu Gadagau, were killed when bandits attacked travellers on the Kaduna-Zaria Highway. 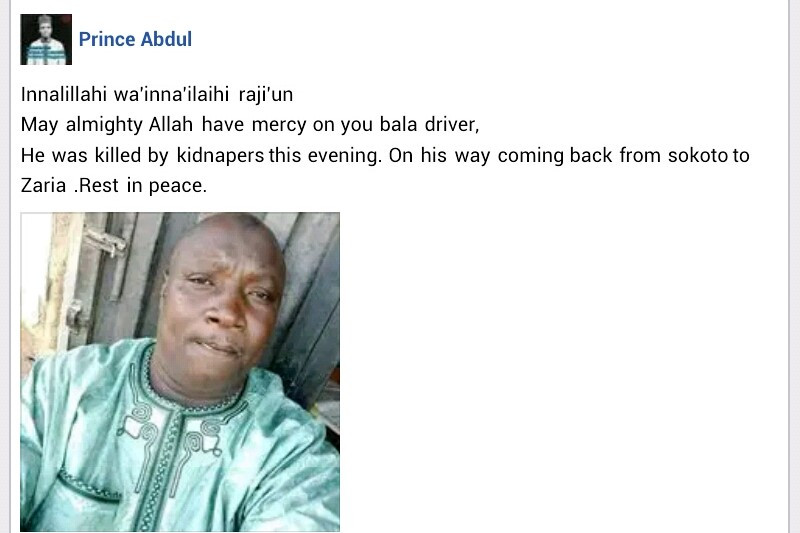