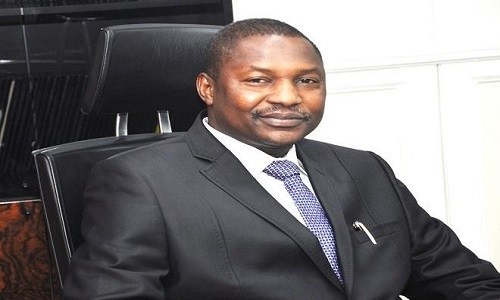 Minister of Justice and Attorney General of the Federation (AGF), Abubakar Malami has declined to comment on the report that one of his predecessors, Mohammed Adoke, held in Dubai by the INTERPOL has been released.

Malami spoke when asked during a meeting with some journalists in Abuja on Thursday if he could confirm whether or not Adoke has been set free by the International Police Organisation (INTERPOL).

The AGF said he cannot comment on the issue, particularly when he has not been briefed on the state of affairs with his predecessor.

He noted that there several pending cases against Adoke and that it would be unfair for him to be commenting on whether the ex-AGF has been released or was on his way back to the country and what government’s plans have for him.

EFCC picks up Adoke on arrival from Dubai