I’m not a saint, but I didn’t steal money or land – Ogun Ex-Governor, Gbenga Daniel

Former Ogun State Governor, Otunba Gbenga Daniel, has said though he is not a saint, he did everything right as the Ogun helmsman. 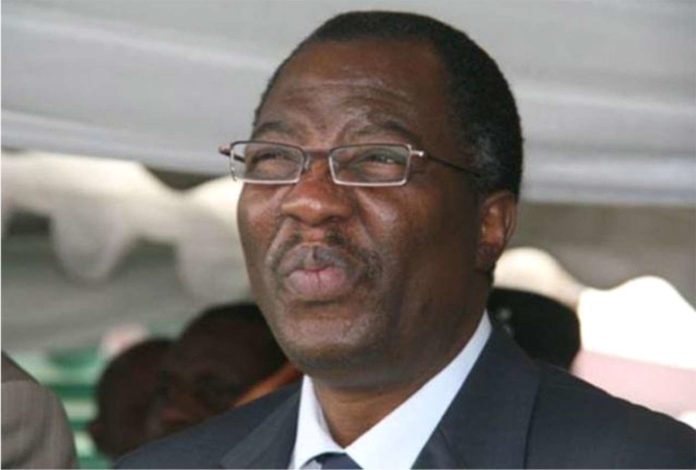 Daniel was the Governor of Ogun from 2003 to 2011 when he was succeeded by Senator Ibikunle Amosun.

A few months after he left office, Daniel was arrested by the Economic and Financial Crimes Commission (EFCC) and detained at the commission’s headquarters in Abuja for days.

The EFCC later arraigned him on a 32-count charge, bordering on alleged false declaration of assets, land allocations and ‘underpayment’ of values and alleged mismanagement of N211.3 million Ogun State fund.

But, Daniel, through his counsels led by Professor Taiwo Osipitan, filed a “no case submission”, debunking all the allegations.

In 2019, the Ogun State High Court hearing the case since 2011, knocked out 15 out of the 32 counts, leaving Daniel to open his defence on the remaining 17 counts.

But, he approached an appellate court in Ibadan and the Court of Appeal led by Yargata Nimpar discharged him on all the counts.

At a Special Thanksgiving Service held at the Abraham Tabernacle in Sagamu on Sunday, the former governor recounted how he was tried for 11 years despite serving Ogun State for eight years.

The Ogun East senatorial aspirant maintained that he neither stole lands nor money as governor.

While conceding that he is not a saint, Daniel, however, said he did everything right to the best of his knowledge.

When asked if he was not worried during his trial when some of his fellow former governors being tried were sent to jail for funds misappropriation, Daniel said he used to feel strong that God would vindicate him, but he got worried at times.

“What I was sure of is that, I am not a saint, but I did everything right to the best of my knowledge. I don’t know how anyone will say I stole the land on which this (Abraham Tabernacle) church was built. I don’t even know who the complainant is. The land was paid for, the church is not for profit-making. We donated the church back to the Baptist convention.

“Another one is The Church of the Lord in Ogere, where we gave them a land to build a university. How do we turn things around in the nation if we don’t encourage this kind of thing? What’s my duty as a governor? I’m supposed to look at areas where people need support and help them.

“The perception was that everybody is taking money. Do you take money from the church?

“Those are the things I had to face; and quite honestly, I felt strong, felt God will vindicate me, but there are certain times I got worried because when you see what is happening, you wonder. I think the tragedy is, in whatever we do, we must not see every single person as a thief. Because, there must be consequence for doing bad and appreciation for doing right. But when you have a society where those that do right are being persecuted, there will be no incentive for doing right. That’s my own worry,” he submitted.

OGD, as he is fondly addressed, commended the judiciary for standing by the truth, saying: “Let me end this thanksgiving by saluting the judiciary, I have a strong belief that the judiciary being the last chance of a common man is the only succour that our country continues to have.

“I am praising the judiciary today that, despite the challenges they have, the difficulties they have encountered, (because it is not easy to decide who is wrong or who is right in our country), but for the judiciary to stand and decipher and come to the kind of judgment they gave, I want to dedicate this victory to them. They failed to succumb to pressure.”

In his sermon, the Retired Prelate of the Methodist Church of Nigeria, Dr Sunday Makinde, congratulated Daniel for his triumph over the trial.

Makinde implored Christians to imbibe the spirit of praises and thanksgiving to God at all times.

I’m Not Responsible For Deaths Of Monarchs In Oyo, Makinde Replies Critics With Analysis