Paul Okoye, the popular Nigerian singer, popularly known as Rudeboy, has revealed that he spent N1.4m on diesel, following the hike in the price of the petroleum product.

Rudeboy, a member of the music group P-Square, disclosed this on his Instagram story on Wednesday, where he described diesel as “the new luxury.” 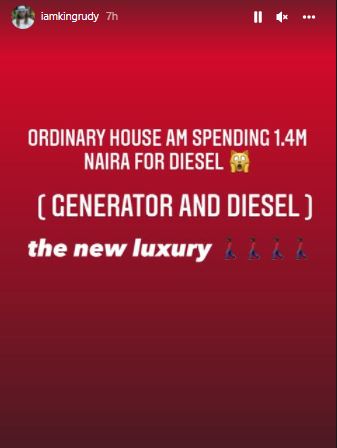 The price of diesel has been on the rise in recent rise due to the ongoing war in Ukraine. The situation is worsened in Nigeria by the collapse of the national grid, which led to blackouts in some parts of the country.

The PUNCH earlier reported that the Manufacturers Association of Nigeria has sought urgent intervention from the Federal Government to support the production of goods as diesel price hits N720 per litre.

Ecobank Board Proposes $40m As Dividend For 2021 FY