Arinze Igweike, a Nigerian man has been allegedly beaten to death while in the custody of Indonesian immigration officials.

It was gathered that Arinze, from Anambra state and two other Nigerian nationals were allegedly arrested two weeks ago in Jakarta and tortured in the cell.

“His full name is Arinze Igweike, from Onitsha was beaten to Death by Indonesian Immigration officers along with 2 other Yoruba boys but the Yoruba boys survived the beating” a Nigerian in Jakarta, Obierika Akusoba, said.

One Okechukwu Onyeike: wrote: “Arinze rest in peace I’m still wondering why it happened to you like this this is a friend who I stayed with in the same home with before he moved on to his own on December last year before he was caught by immigration police last 2 weeks and beaten to Death. rest in peace I miss you so much only God can fight for you”

Meanwhile, it was further gathered that his body is still missing. 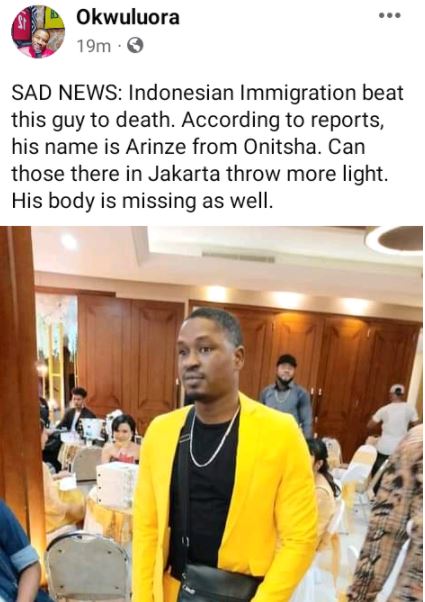 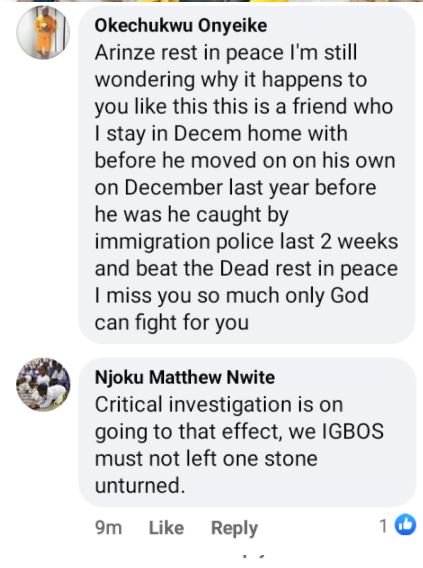 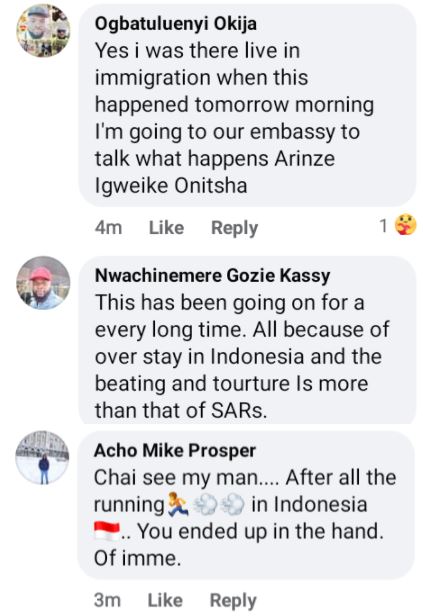 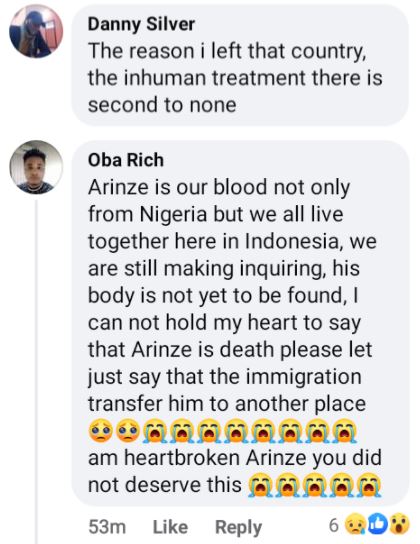