Catholic Bishop of Sokoto Diocese, Rev Father Matthew Kukah alongside other critics have been blamed by the Presidency for the delayed delivery of the Super Tucano jets needed to combat terrorism in the northeast and banditry in the northwest. 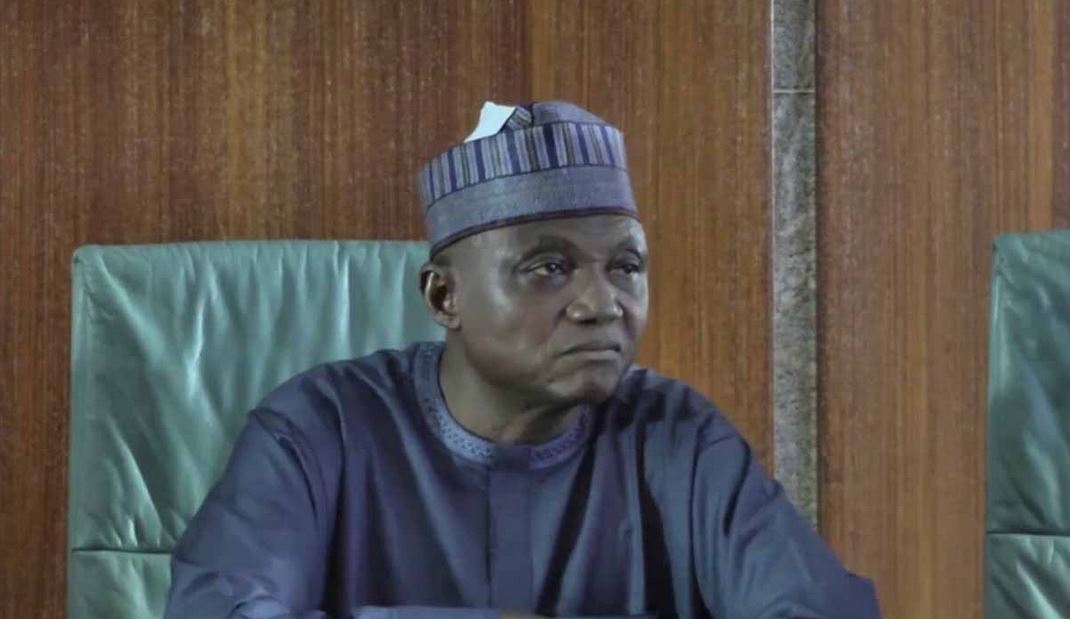 In a statement signed by the Special Assistant to the President on Media and Publicity, Malam Garba Shehu, the Presidency said the delay in the delivery of the jets was caused by the criticism of Buhari’s government by Kukah and other critics, whose criticism, it said, strained the relations between Nigeria and the US government.

Tracing the history of Nigeria’s request for the Tucano fighter jets to tackle the Boko Haram insurgency, the statement, titled “Predicting Nigeria’s collapse is a perennial pursuit of US think tanks and policy experts,” read: “In 2015, the then newly-elected Buhari’s government requested US military support in the form of Super Tucano jet fighters for the Nigerian Air Force. The Nigerian military, security, and intelligence services repeatedly made this request.

“The US administration of the time concurred: the delivery of such jets would help deliver a critical turning point in Nigeria’s struggle against jihadist terrorists across the Sahel.

“Yet two years later, that jet delivery was rescinded, the reason given was that unless Nigeria improved its religious relations between Christianity and Islam, then US support would not be forthcoming in this, and many other areas.

“Such views were compounded by the constant lobbying of US Congress by the opponents of the Nigerian government who had lost the previous election, and many of their southern religious supporters, including Bishop Mathew Kukah, the Catholic Bishop of Diocese of Sokoto, who, unsurprising, provides a supportive quote for the cover of the new edition of Campbell’s book. ”

(Kukah even took to addressing the US Congress himself, briefing his audience on the history of coups in Nigeria – without, of course, mentioning that none had occurred since 1993, some 29 years ago).

“Fortunately, now today, under a new US administration, these jets have been delivered, and with it, a serious blow against the terrorists – with the supreme leader of Islamic State in West Africa and scores of other leaders of the group eliminated in airstrikes.

“It is all very well to claim it is in the United States’ interests to help Nigeria become an even-better democracy and stable country. It is quite another to forever avoid mentioning the last coup was 29 years ago, and that since 1999, Nigeria has enjoyed 23 unbroken years of democratically elected governments and peaceful transition.

“It is also inconsistent to preach the need for stability but needlessly delay sharing military equipment in the form of jets – not least when it is now proven they would have helped.

“Nigeria much earlier defeated the terrorists who threatened our country.  Hopefully, the United States and Nigeria are going to forge ahead with our continuing partnership in fighting terrorism in and out of the sub-region.

“The dream of our founding fathers of a strong, united and prosperous Nigeria remains very much intact.”

The Presidency observed that despite previous predictions of coups in the country, democracy was in its unbroken 29th year.

The statement recalled: “In 2005, a US National Intelligence Council paper ‘Mapping Sub-Saharan Africa’s Future’ floated the idea there could be a military coup in Nigeria. At the time, this was hardly an earth-shattering prediction: 2005 was only six years after the return of civilian, democratic rule and just over a decade since the Abacha military coup of 1993 – the final of seven coups since independence.”

“However, for the last 29 years – close to a generation – there have been none. Since the return of democracy in 1999, there have been six general elections, four elected presidents, four transfers of power, including one in 2015 between the winning opposition candidate and the losing incumbent president seeking re-election.

“Yet, despite all the evidence to the contrary, the collapse predictors keep doubling down on their bets.

Most recently, retired former US Ambassador to Nigeria, 2004-7, John Campbell, has updated his book, of which the first edition said: ‘While Nigerians often claim they are masters of dancing on the brink without falling off, the disastrous administration of President Goodluck Jonathan, the radical Islamic insurrection of Boko Haram, and escalating violence in the delta and the north may finally provide the impetus that pushes it into the abyss of state failure.’

“It didn’t, of course, quite the opposite: Jonathan was defeated at the 2015 general election with power peacefully transferring to the victor, President Muhammadu Buhari.

“Campbell is always more careful than others who openly claim their predicted collapse is just around the corner. Still, it is always there, as innuendo: ‘I have never predicted the breakup of Nigeria because I have never thought it would happen. But, were it to do so, the likely consequence would be a humanitarian disaster’ – said Campbell in a blog post in 2012 for the US Council on Foreign Relations (CFR) think-tank.

“That same CFR is now publishing the new edition of Campbell’s book. It seems unlikely the conclusion will be that Nigeria is improving on any measure as – for international Nigeria watchers – there seems little that can ever be found to suggest it is.

“Yet, the people of Nigeria – the majority of which were born after the last coup of 1993 – and who have known nothing their whole lives except democracy and elected government are the living proof that democracy is here to stay.

“Though often negative, Campbell does, however, consistently express an important view that it is in the interests of the United States to encourage democracy and security in Nigeria.

”The government of Nigeria concurs. It is a pity, therefore, that US policy and support towards our country, including during the Buhari administration, has been so inconsistent.”

Recall that following his Easter homily which chastized the performance of President Buhari’s administration, the Presidency had previously vilified the Catholic Bishop, accusing him of playing politics and advised him to drop his garb and contest election to test his popularity.