As the death toll recorded in the ill-fated Kaduna-bound train from Abuja which was attacked by bloodthirsty terrorists around 6pm on Monday keeps rising, civil rights advocacy group, Human Rights Writers Association of Nigeria, has asked the Federal Government to arrest controversial Sheikh Abubakar Gumi, an influential Islamic cleric who has persistently defended the atrocious criminality of bandits and other marauders in Northern Nigeria. 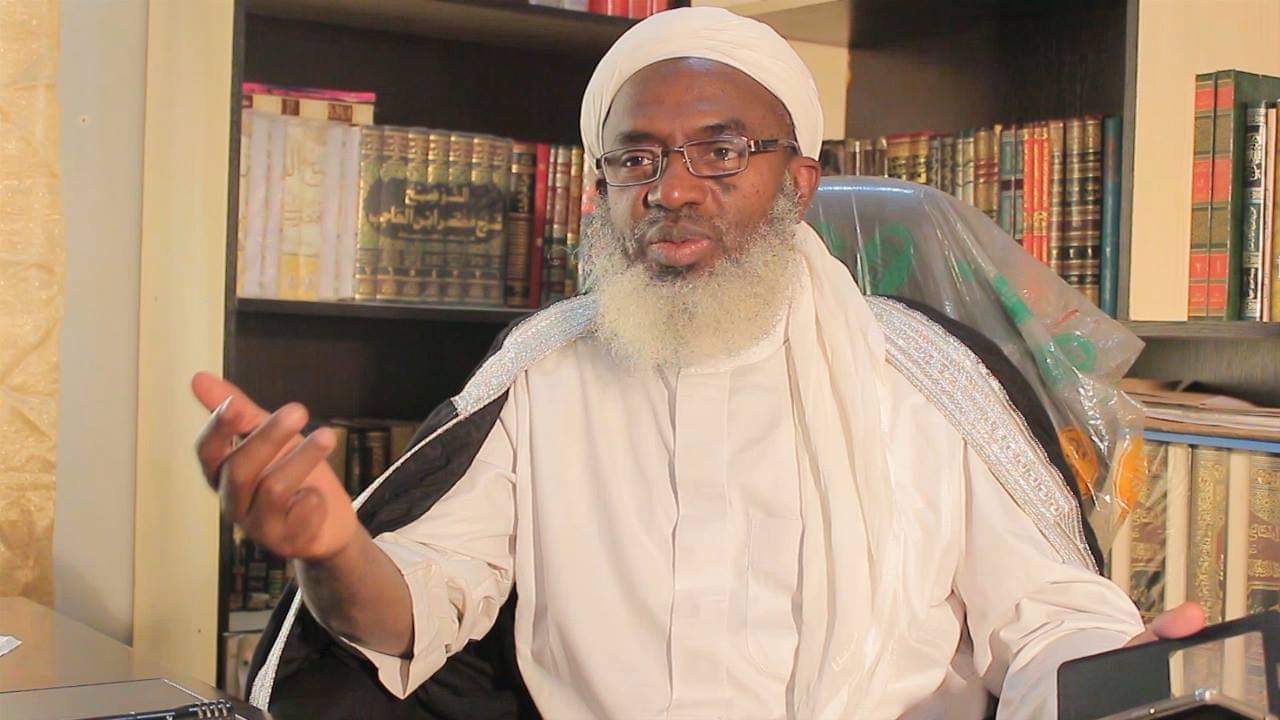 HURIWA, in a statement on Wednesday by its National Coordinator, Emmanuel Onwubiko, argued that Gumi has been outspoken as a “bandits’ sympathiser” over the years including demanding blanket amnesty for daredevil bandits and venturing into the forests of Zamfara, Katsina, and Niger State to hold discussion with the dreaded bandits turning the North-West zone to another place of sorrow, tears and blood.

The rights group also said it was not enough for the regime of the President, Major General Muhammadu Buhari (retd), to declare bandits as terrorists as gazetted by the Federal Government in January 2022 following the order of Justice Taiwo Taiwo of the Federal High Court in Abuja.

The group said the Attorney General of the Federation and Minister of Justice, Abubakar Malami (SAN), should go further and also gazette “bandits’ sympathisers” like Gumi.

The PUNCH had earlier reported that at least eight out of the 398 passengers, who boarded the ill-fated Kaduna-bound train from Abuja have been confirmed dead by the federal and state governments, while 28 are currently hospitalised and several others still unaccounted for.

The Kaduna State Commissioner for Internal Security and Home Affairs, Samuel Aruwan, who confirmed the figures, also disclosed that from the manifest received from the Nigerian Railway Corporation, 398 passengers bought tickets, but 362 were validated.

The terrorists had bombed the train on Monday evening, killing passengers and injuring scores. The recent attack occurred months after the terrorists bombed a train and rail tracks along the same Kaduna-Abuja route in October 2021. The marauders had similarly attacked the Kaduna International Airport last weekend, preventing a passenger plane from flying out of the airport and killing an airspace worker.

Kaduna, with over six military formations, is assumed to be the military fortress of Nigeria but the state has suffered damning casualties of bandits and terrorists’ heinous attacks in the last two years. According to Governor Nasir el-Rufai government’s annual security report, 937 persons were killed by terrorists in 2020 while 1,972 others were kidnapped. It also said 3,348 residents were kidnapped in 2021, and 1,192 slain by marauders.

HURIWA carpeted the Buhari regime for handling the worsening security situation in Kaduna and the rest of the country with kid’s gloves.

The group recalled that in a PUNCH Interview dated February 14, 2021, Gumi exhaustively demanded amnesty for the bloodthirsty bandits and threatened that they were acquiring anti-aircraft missiles which was confirmed when the insurgents shot down a Nigerian Air Force fighter jet in Zamfara forest last July.

Gumi, in the interview, had said, “In fact, they (bandits) are doing most of the kidnappings to acquire weapons. They are now trying to buy missiles, anti-aircraft missiles. This is already developing into a full-blown insurgency.”

Amid the repeated attacks in Kaduna by terrorists, HURIWA’s Onwubiko on Wednesday called on security agencies to stop playing the tribal card and swiftly move to arrest Gumi for questioning.

He said, “Twice, moving trains were attacked by terrorists. Right now, terrorists are bombarding train stations in Kaduna. The airport in Kaduna which is rated as international was taken over by terrorists.

“Interestingly, President Buhari sees nothing wrong in maintaining his nepotistic appointments in all national security architectures made up of Northern Muslims and mostly Fulanis. The President is not perturbed about prison breaks and the fact that terrorists hitherto detained have largely escaped even as the same government releases terrorists of the Boko Haram genre under the guise of amnesty while these attacks keep heightening.

“The continuous granting of amnesty to terrorists is the cause of the increasing spate of terrorist attacks on Nigerians.

“It is altogether befuddling that Gumi, an alleged notorious bandits’ sympathiser, has been left to roam around freely negotiating with the terrorists and telling the Central Bank of Nigeria to pay the insurgents as seen in a PUNCH report dated May 5, 2021.

“Whereas, anybody associated with the leader of the Indigenous People of Biafra, Nnamdi Kanu; and Yoruba Nation agitator, Sunday Adeyemo aka Sunday Igboho; including those who made phone calls to them have been detained by the Department of State Services.

“The Buhari regime must be fair and put away ethnic sentiments. Gumi and those terrorists he was at a time defending vigorously should be clamped down on immediately by security agencies.

“Why is Buhari still keeping the Minister of Communications and Digital Economy, Isa Pantami, who was caught severally on tapes endorsing Islamic jihadists and Taliban? Nigeria is in the brink and the President must act dispassionately as evil is emboldened in the face of tolerance.”

Okupe Withdraws From Presidential Race, Asks Wike, Others To Team Up With Peter Obi

Young Man Dies In Osun Barracks After Being Tortured By Nigerian Soldiers, Forced To Eat Own Vomit