A Nigerian businessman, Olumide GlowVille has taken to his Facebook page to lament the hardship the government of Lagos state is causing businesses in the state.
In a post on his page, he lamented that the government wants him to pay N100k to use parking space in front of his building. 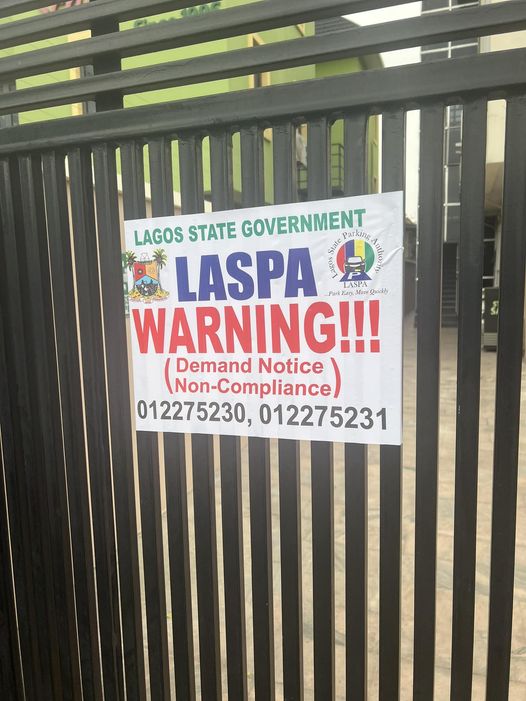 Recall that the Lagos State Parking Authority (LASPA) had some weeks ago announced it will be charging companies for cars parked outside the perimeter fence of companies.
GlowVille wrote:
These Sanwo-Olu guys have finally reached my side.
Lagos now wants us to pay before we can use the parking lot in front of the building!
I hear that we are to pay 100k yearly for each parking space.
Lagos is not a state, it is a business.
The issue is that this government has no concern with making life easier. They are only interested in punishing offenders, taxing people, and shouting “Eko o ni baje”
Eko to ti baje danu danu. 😂😂
***
People in the abroad, shey na like this una dey pay for the parking lot in front of your homes and offices?
#OG♠️ 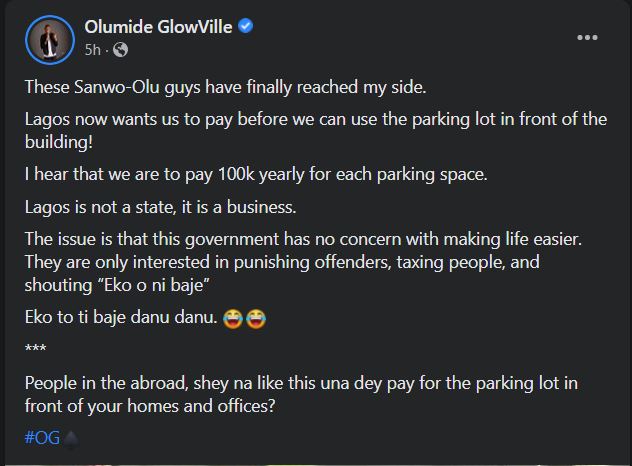