A man identified as Ebere Nwosu has landed in serious trouble after he was caught allegedly attempting to abduct three minors along the popular Tombia-Etegwe roundabout axis of the state capital, Yenagoa.

He was apprehended by Bayelsa State Vigilante Service.
The 49-year-old suspect was apprehended at about 5pm on Monday, February 21, after operatives of the vigilante service closely observed his “unusual” interaction with the minors who were hawking satchet water.
The operatives stationed at Tombia roundabout noticed that the suspect was engaging the minors; Rejoice Efe, 11, and Success Obaru; 12, from Delta State, conversation and making several phone calls to an unknown person.
The Chairman Vigilante Service, Hon. Doubiye Alagba, who confirmed the development, said the suspect was observed by the men of the vigilante group stationed at the Tombia-etegwe roundabout area.
He said that after several minutes of observation from a distance, one of his men approached the suspect to ask what he wanted with the children.
“Our men observed how the suspect had kept the three minors busy for several minutes and wondered what he was upto, it was at the point of his several calls and serious discussion with the three minors that we quickly asked one of our men to approach him,” the chairman stated.
“When he was approached by our member he immediately took to his heel and and caught after a hot chase.
“At first the suspect claimed to have been a native of Rivers State, but after series of investigation, he later confessed his real identity that he is from Imo State.”
According to one of the children, Rejoice Efe, the suspect had called them in guise of buying sachet water.
“We were hawking along the road only for this uncle to call us to buy water from us. We ran towards him and opened our bucket waiting for him to buy the pure water, he started making utterances first to my sister and asked me to wait,” she narrated.
“Before then, he started making several calls, we became scared and insisted that if he was not buying the water again, we should take our leave.”
“He kept telling us to wait and was telling I and my sisters that he like us and will take care of us and how would he see us later. We became more scared and it was at that point that, one uncle came and asked him what he was telling us and he immediately started running and they caught him.”
Though the suspect denied the allegation, he was handed over to the Anti-kidnapping Unit of the Nigeria Police Force, Bayelsa Command for further investigation. 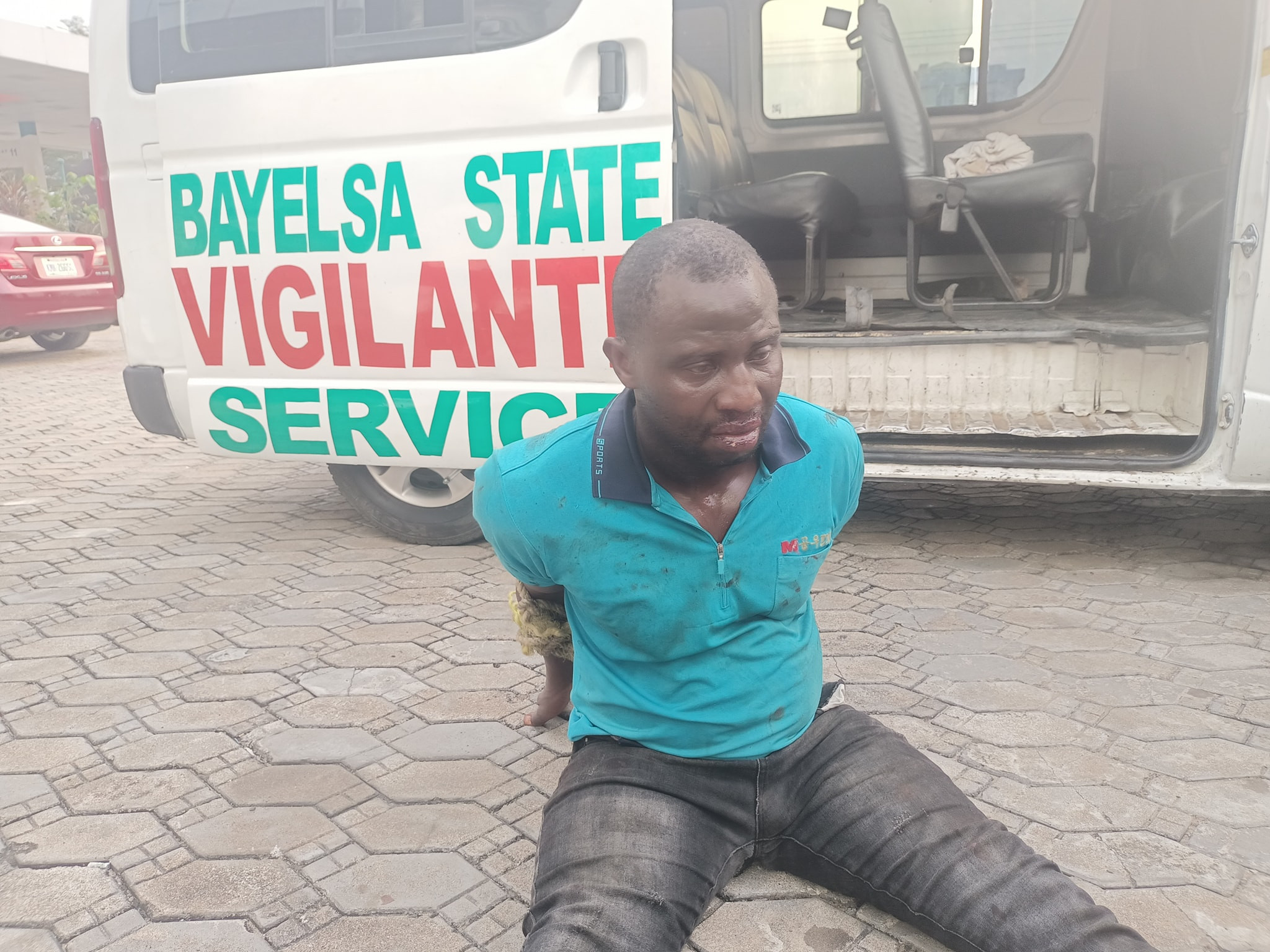