Man Kills His Friend For Sleeping With His Wife

A man has paid with his life after allegedly sleeping with his friend’s wife. the 47-year-old man, Kwame Elijah, has allegedly killed Kwame Takyi, a 52-year-old friend he accused of sleeping with his wife at Awutu Kwao-Boni in the Awutu Senya West District in the Central region of Ghana.
According to Adom News, a witness said that Kwame Elijah has, allegedly, been having an affair with Kwame Takyi’s wife for the past two years.
The witness disclosed that the incident happened when the deceased was in the bush easing himself.
“The incident happened at dawn and the body was discovered by some women who were on their way to the market. Elijah first hit his head with a stick and after he fell, he injured him with the cutlass he was holding,” he claimed.
Meanwhile, the wife in contention, speaking on the matter, denied the affair allegations being levelled against her.
However, the suspect is currently in police custody with the deceased’s body in the mortuary, pending further investigations. 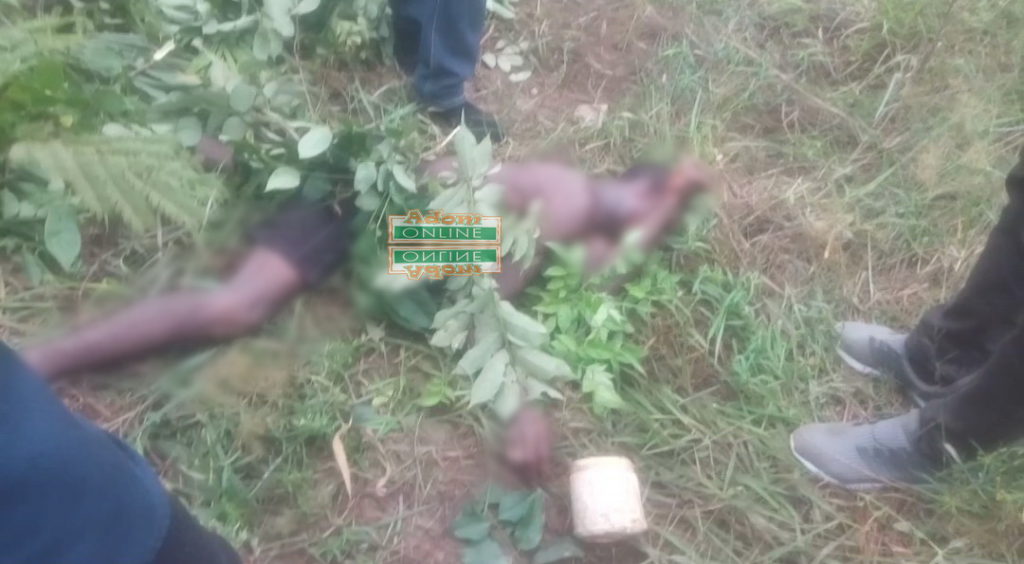 Grandmother Goes Into Coma After Being Flogged By DPO In Edo