A heartbroken man took to Facebook to lament about the worsening insecurity ravaging the country.

According to him, he spent almost N14K shopping for his family’s needs only to go home empty handed after some armed men took everything from him.

The father said he returned from work and realised his infant’s milk had finished.

He went to a supermarket in Nnewi to buy the milk and other supplies for his family.

On his way home, he said armed boys stopped him and collected everything.

“What will my baby eat this night?” He added. 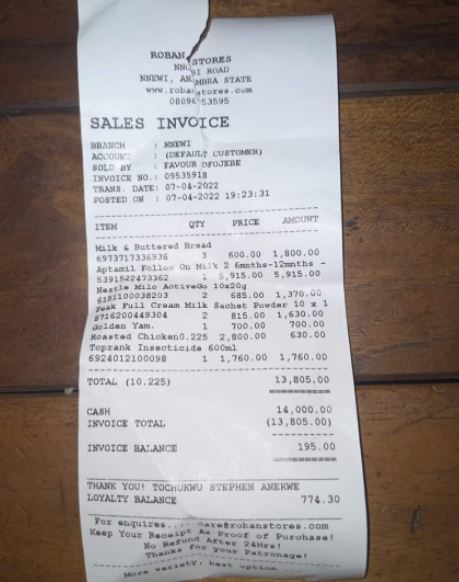 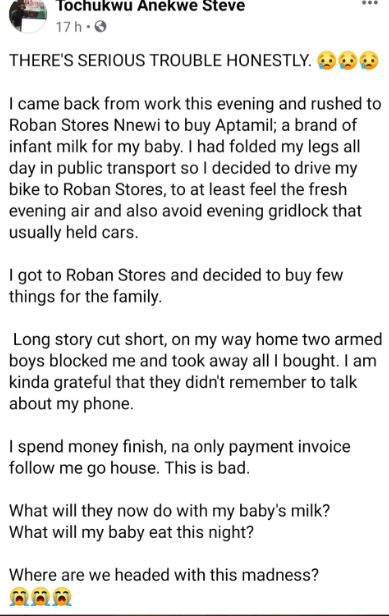 IPOB To Reveal Identities of Those Sponsoring Unknown Gunmen In Southeast