Nuwel Ajagu, a 40-year-old man, has allegedly defiled the teenage daughter of his brother in the Ikorodu area of Lagos. 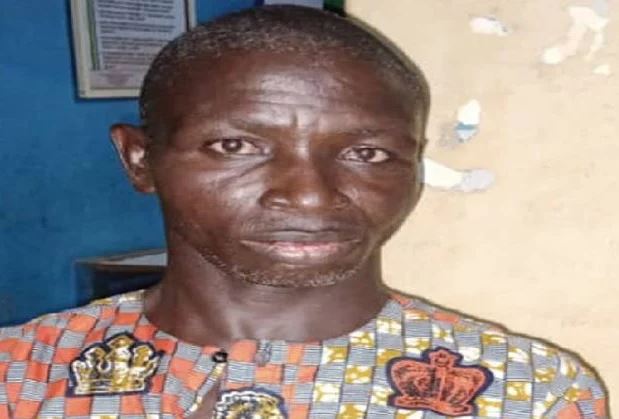 It was learnt that Ajagu lured the 13-year-old girl from her home at Bayeku Last Bus Stop to his apartment on Etubure Street also in Bayeku.

He was said to have rebuffed the teenager’s appeals to him not to defile her before he forcefully had carnal knowledge of her.

It was also learnt that efforts by the victim to free herself from his stranglehold by screaming for help were to no avail as the suspect gagged her mouth with a pillow.

He was also said to have warned her not to report the incident to anyone.

However, Ajagu was said to have been exposed when the victim’s mother, identified as Salako Toyin, discovered his criminal act.

It was learnt that Toyin, who was alarmed by the defilement of her daughter, reported the matter to the police, leading to the arrest of her brother-in-law.

The Spokesperson for the Lagos State Police Command, Benjamin Hundeyin, confirmed the arrest to our correspondent on Saturday.

Hundeyin said the case was reported on April 13 and would be transferred to the gender office in Ikeja for further information..

He said the victim was taken to a health facility for a medical check while the suspect was detained.

“One Salako Toyin of Bayeku Last Bus Stop, Ikorodu, Lagos, came to the station with her daughter and reported against her brother-in-law, one Nuwel Ajagu, of No 17, Etubure Street Bayeku Ikorodu, Lagos, that sometime in March 2022, he lured her daughter to his house and forcefully had carnal knowledge of her; that when she shouted, he used a pillow to cover her mouth and threatened her not to tell anyone.

“The victim was taken to Italewa Health Care Centre, Ikorodu, for medical check and test. The suspect is in custody. The case will be transferred to the gender office, Ikeja, for further investigation,” he added.