A reporter with PRNigeria, Mohammed Dahiru Lawal, has missed the opportunity to participate in this year’s edition of the Mandela Washington Fellow in the United States of America after approval of his travel expenses by the US Government. 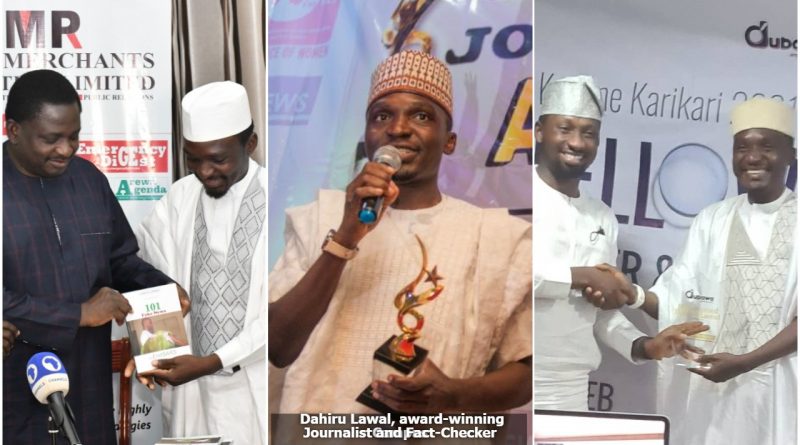 Reason: officials of both the National Identity Management Commission, NIMC, and the Nigerian Immigration Service, NIS, could not fix a ‘simple’ problem with his international passport, for about three months now.

Lawal, Head of Investigation and Special Projects at PRNigeria, was billed to travel for the fellowship program in May (this month), and quickly set out to fix some ‘issues’ with his international passport in February 2022.

But unnecessary delay in fixing the issue with the PRNigeria journalist’s passport, for over two months and still counting, forced the American Embassy to permanently revoke the fellowship offer they gave him even after providing with other travelling facilities.

Lawal, said the ‘carelessness’ displayed by the officials of NIMC, and NIS have not only ‘traumatised’ him, but also put paid to his trip to the US, for the fellowship.

In a post on his Facebook account, titled: “Workers Day: How NIMC, Immigration Officials Sabotaged my Mandela Washington Fellowship Offer for the United States.” Mr. Lawal, also the author of the best-selling 101 Fake News on EndSARS, said: “The two government agencies ‘refusal’ to issue my International Passport on time, was the last straw that put paid to my anticipated dream trip to the United States, where I was supposed to take residence for 6-weeks of the Fellowship.”

The post, titled, “How NIMC, Immigration Sabotaged my Mandela Washington Fellowship Offer,” reads partly: “Both Washington and the United States Embassy in Nigeria exhibited a great degree of consideration and empathy by severally extending the deadline for submission of my passport for Visa issuance and always called me up from time to time to get appraised.

“But repeatedly I missed the deadlines because of the two Nigerian public service entities, eventually leading to the revocation of my offer for the Fellowship.

“In fact, after receiving the notification of the award from the US Embassy, I got admission for the programme at the Rutgers University, New Jersey… and subsequently received flight ticket for the pre-departure orientation and other documents on the project.

“Though I had received an Award of Excellence from the National Association of Information and Media Studies Students as well as the Campus Journalism Award in 2020, I also won a fellowship with International Centre for Journalist African Academy for Open Source Investigation before I capped it with the Overall West African Fact-Checker on Kwame Karikari Fact-Checking Research Fellowship.

“Therefore, the offer by the government of the United States of America would have been the icing on the cake that will further expose me to the global scale of accomplishment.

“Surprising I initiated the process of renewing my Passport in February 2022 when I was shortlisted for the Fellowship interview.

“First NIS official said that my NIN data did not tally with my NIS data and I have to apply for re-ordering and harmonisation which was eventually approved after over two months of foot-dragging.

“They later claimed that the approval had to be implemented by their ICT “Technical Partners” which I came to understand was run by foreigners – IRIS Smart Technologies.

“The foreigners operating the IRIS system practically run the show in the production of passports for NIS HQ. In fact, NIS staff fidget even at the mere mention of their name. These guys fear IRIS like kilode!

“To cut long story short, IRIS kept my file for two weeks and returned it without implementing, querying that the available documents did not match with my NIN data! Surprised, some helpful immigration officials discreetly verified my NIN data from the NIS database and confirmed it was correct.

“By the time the file was returned to IRIS with a printout of the evidence, they said the NIMC server was down. This went on for weeks without even a ray of hope for a positive outcome.

“Eventually, a very top female Immigration officer who got wind of my predicament waded in and intervened and ordered for my file and boom! They claimed they couldn’t find my file: that it was MISSING.

“How can my file just disappear out of the blues? It’s not only funny it’s pathetic and this makes me feel sorry for such kind of woes many Nigerians have to go through.

“I wouldn’t deny that the female ACG and the public relations unit of the NIS did their best to intervene, but time was limited, and so, a simple issue that would take only a maximum of 1hr cumulatively to correct, took ages and led to the loss/revocation of a golden opportunity.

“This is a manifestation of the rot, ineptitude, negligence, inefficiency and total disregard for the value inherent in our country’s public service. It is a flagrant violation and abuse of not only my human rights but my right and privilege as a citizen of the country I have laboured tirelessly to serve with all my might.

“This is a fellowship that is highly competitive with participants from over 49 African countries taking part.

“It is extremely painful that after excelling in my media and Journalism career, at the verge of my international glory, my own country just fails me… I feel so bad and betrayed by workers in these public institutions!

As I am traumatized and betrayed by public service workers, how can I wish anyone Happy Workers Day in?

Dahiru is the author of “101 Fake News on EndSARS” which won a SABRE African PR Award 2022 billed to take place during the annual conference of the African Public Relations Association (APRA) in Dar es Salaam, Tanzania on May 25, 2022.