Three Boko Haram/ISWAP gunrunners smuggling Ak 47 rifles to Nigeria from the Border between Cameroon and Nigeria have been arrested. 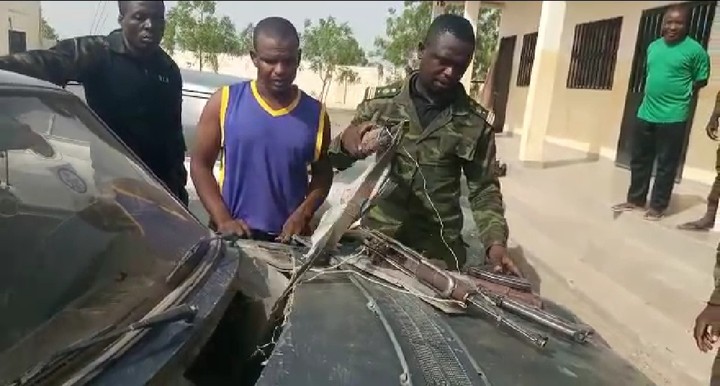 The Cameroon troops of the Multinational Joint Task Force(MNJTF) allegedly intercepted the criminals during an operation, according to Leadership Newspaper.
The incident comes in a time when proliferation of small arms has been named as the major reason for insecurity in the Nigerian North East.

A Military Intelligent Source told Zagazola Makama, a Counter Insurgency Experts, that the incident which occured on April 28, followed a credible information of the gunrunners moving weapons into Nigeria from Gamborun Ngala, a Nigeria border town close to Cameroon and Niger Republic.
The sources said that the highly vigilant troops mounted a successful ambush and intercepted the criminals noting that Items recovered Ak47 riffles which were obviously giong to the camps of Boko Haram/Islamic State of the West African Province(ISWAP).
The suspects were taken to the military authority for further investigation and interrogation.
It will be recalled that the MNJTF, through Operation Lake Sanity had sustained its operational domination into the strong holds of the Boko Haram/ISWAP as well as intensified watch in all the illegal routes around the borders of the Lake Chad as part of the efforts to completely decimate the insurgents from the areas.