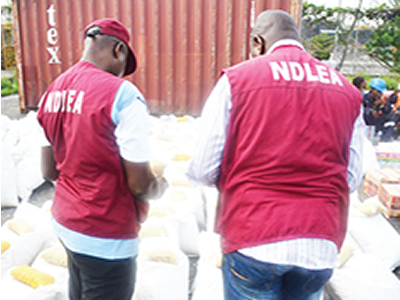 The National Drug Law Enforcement Agency (NDLEA), yesterday, stated that it has promoted 2, 788 of its personnel and has redeployed 406 others.

The promotion exercise as well as the redeployment cut across both Narcotic Agent and Narcotic Officer Cadres.

The NDLEA Chairman, Col. Muhammad Mustapha Abdallah (Rtd.), urged the officers and men to see their promotion as a call to higher service and to continue to distinguished themselves.

Abdallah said: “The exercise is expected to spur the benefitting officers and men to put in their best in the service of the Agency and the nation.”

He noted that the exercise commenced in phases and that this final phase has succeeded in normalising the structural disjointedness of the workforce.

The promotion exercise followed the completion of the process set in motion by the Agency to address the lingering backlog of promotion in the Agency. In the process, the Agency interfaced with the Office of the Head of Service which approved a new Scheme of Service for the Agency in line with 2019 Establishment Rules.

The Scheme of Service, geared towards professionalising the Agency has made provision for a new ranking structure of three (3) cadres which are: Narcotic Assistant Cadre, Narcotic Agent Cadre and superintendent of Narcotic Cadre.

Earlier, six officers of the rank of Commander of Narcotics, CN, were promoted to the rank of Assistant Commander General of Narcotics, ACGN. The Agency equally elevated a total of 1, 311 staff, made up 1, 291 staff within the rank and file and 20 others converted to officer cadre in the first phase of the promotion exercise.

The redeployment affected 24 command officers, 198 superintendent cadre officers and 114 other ranks. It is expected that the movement will boost morale of officers and men who must have overstayed in one duty post leading to declining productivity and exposure to hazards.