Troops of the Nigerian Army have taken over strategic positions in Abuja following fears of attack by terrorists. 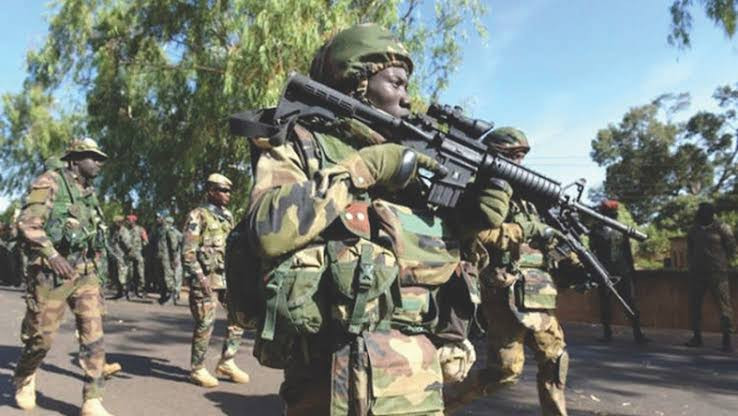 According to Sahara Reporters, some of the villages and area councils located along the Abuja/Lokoja expressway namely Abaji, Kwali and Gwagwalada Area Councils are being fortified as well as Bwari, Zuba and areas close to the Kaduna Road.
Also, soldiers on condone and search operations have been dispatched to Giri close to the University of Abuja.

They have also mounted security checkpoints on all entry and exit points into the FCT.
The Nigerian Army, it was learnt, was also forced to open a Forward Operation Base (FOB) at Rijana, after the terrorists planted an Improvised Explosive Device (IED) and blew off the rail lines successfully demobilising an Abuja-Kaduna train and abducting scores of passengers.
Aside from the roadblocks and security checkpoints, the soldiers are also carrying out snap checks in different parts of the city.
A military source noted that the deployments became necessary to forestall any attack on the city.
“You find them security threats such as bandits in places like Zuba, Madalla, Gwagwalada, Bwari, Nyayan, Kugbo, Gwagwa, Mpape, Karmo, Kubwa kuje, Masaka, Apo, Masaka, Mpape, Gudu and all the major markets,” a military source added.