Prof Grace Alele-Williams, the first female university vice-chancellor in Nigeria has been laid to rest. 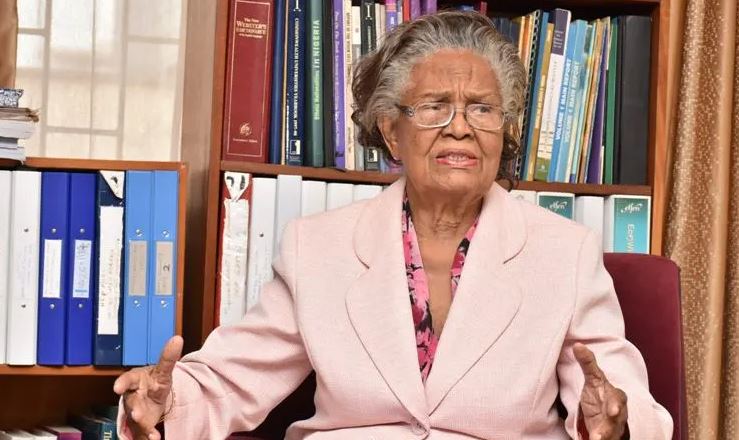 Speaking at her funeral service on Thursday at the Cathedral Church of Christ, Marina, former provost of the church, Yinka Omololu, said Alele-Williams was devoted to God and was zealous in her service.

He said, “Prof Alele Williams loved hard work and was a great disciplinarian who worked diligently. Through her efforts, many females were encouraged to choose science-based professions like Medicine, Engineering and Mathematics. She was also instrumental to the establishment of the third world organisation for women in sciences and was recognised for her efforts nationally and internationally.

“She cared for humanity and was endeared to various community services, in fact, she surpassed many men in these activities. She was passionate about women and she was a woman who devoted her life to the service of God and was among the first to volunteer for the evangelistic programme at the cathedral. She was a jewel to the people of God.”

On her influence in the academic environment, he said, “I am thankful to God that I came across Prof Alele-Williams in my life. I first met her in 1985 when she had just become the Vice-Chancellor of the University of Benin – the first female VC of a Nigerian university.

“Before her tenure, cultism was rife and pots of sacrifices were placed at different places in the campus, violence and everything evil was befalling the lecturers and students and I did not understand why the government decided to put this woman into this hostile terrain, however, she sought my support as I was the Chairman of the University of Benin Teaching Hospital at the time.

“She put strategies in place and demonstrated boldness even when we received intelligence report for her to be in hiding; she went forth and her plans changed the atmosphere of the university.”