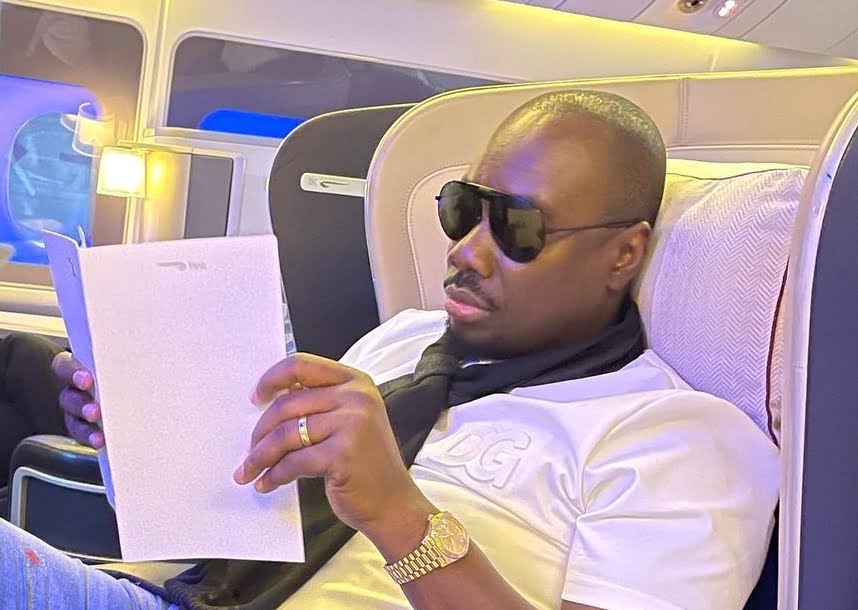 The businessman filed a N1billion suit at the High Court of the Federal Capital Territory (FCT) over alleged libel.
According to TheNation, Iyiegbu filed the suit on April 27, 2022, through his lawyer, Mr Afam Osigwe (SAN), claiming that the Lagos-based paper made a publication suggesting that he was involved in drug trafficking.
He is seeking the N1b as general damages for defamation of character, as well as damage to businesses, professional and financial credit.
He is also seeking an order of perpetual injunction – restraining the defendants from publishing the news article, which is the subject matter of the suit
In the suit marked CV/1367/2022, Iyiegbu averred that he had suffered severe losses since the defendants – in their publication of April 26, 2022, allegedly presented him as a drug baron whose bank accounts had been frozen by the orders of a Federal High Court in Lagos.

The defendants in the suit are David Odey, Arinze Alinnor, Funsho Arogundade, Cyriacus Izulekwe and Taiwo Adelu, carrying on business in the name and style of DAFCT Communications.
In the statement of claim, Chief Iyiegbu accused the defendants of ‘’maliciously’’ using his photography in publishing a story in which the entire story as well as reported court order had nothing to do with him.
According to the claimant, the defendants had on April 26, 2022, published on their website: www.pmexpressng.com a story with the headline ‘’Court Orders Banks To Freeze Suspected Drug Barons’ Accounts’’ with his picture used as that of one of the two suspected drug barons, Basil Okafor Onochie and Okwuchukwu Edwin Izuxhukwu, whose accounts were reportedly ordered frozen by Justice Tijjani Ringim in the suit filed by the National Drug Law Enforcement Agency (NDLEA).
In supporting his claim of malice against the defendants he stated that he is a very well-known figure, whose name and image (photo) cannot be mistaken for either Basil Okafor Onochie or Okwuchukwu Edwin Izuchukwu, the suspected drug barons whose accounts were ordered to be frozen by the court.
According to him: “Defendants’ publication made using claimant’s picture was calculated to injure claimant’s reputation, by exposing him to hatred, contempt, ridicule.’’
He also prayed the court to make an order that interest in the above sum be calculated at the rate of 10% from the date of judgment until the final liquidation of the judgment sum.
While he also prayed for an order directing the defendants to carry out a global take-down or removal of the alleged defamatory content against the claimant on the internet, social media, Facebook etc, he urged that the defendants tender a public apology in three different national newspapers.