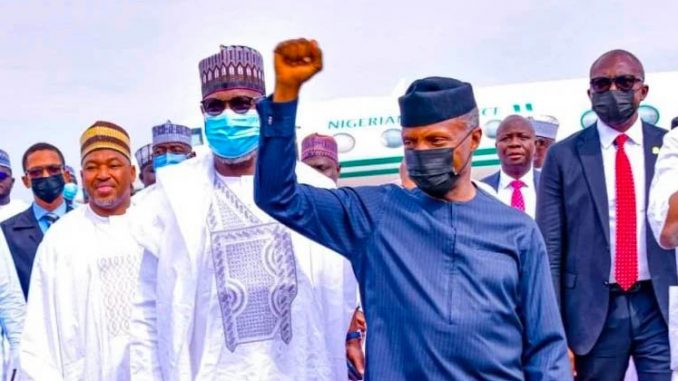 The meeting, which lasted for about three hours, took place at the Presidential suite where the Vice President was received.

Osinbajo did not speak to the press, neither did his host reveal the discussion they had for that lengthy period.

The meeting was not unconnected to the continuous consultation towards his (Osinbajo’s) presidential aspiration.

He was later accompanied by the governor and other All Progressives Congress’ executives in the state to the airport for an onward journey back to Abuja.