It has been revealed that Nigerian clergyman, Ezekiel Atang died after ignoring health warnings, according to Igbere TV.
Atang who was a popular relationship and marriage counselor, died on Monday, 21st February 2022, three weeks to his 50th birthday.
It was gathered that before his death, he had serious health issues which was not well handled.
Atang had sent out souvenirs and a letter to his friends inviting them to his 50th birthday party in Akwa Ibom on March 14.
Recently, he attended a 3-day church program in Onitsha and had to sit on a chair to minister on the last day of the program. He died the following day.
In his last ministration, he said several things prevented him from coming for the church service, including a sharp pain he had on his chest. He ignored all the challenges to attend the service. 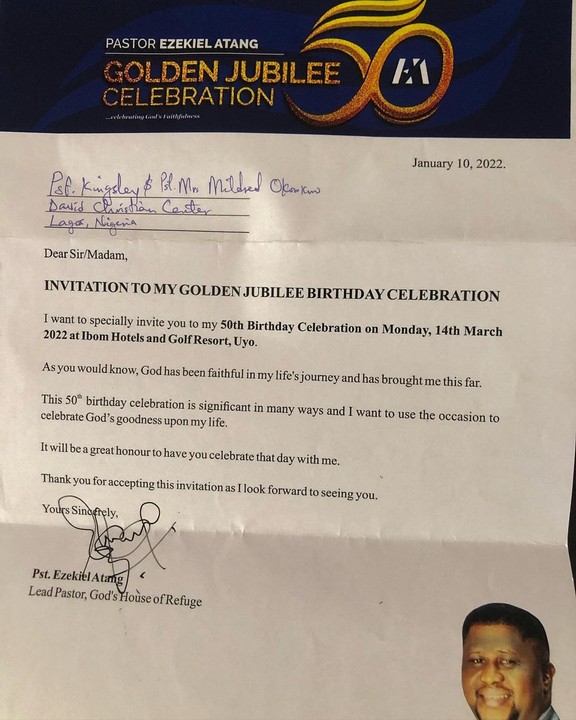 In his words,
“Several things stopped me from coming today. First was last night. I had a very severe chest pain that I could not lie down.
So, I sat down till morning and prayed. So, I said okay, I will still come. And then, the vehicle matter happened in the road. So, I asked the Lord, “is this a sign that I shouldn’t come, or is there someone the devil is battling…”
See video below: