The national leadership of the Peoples Democratic Party has decided to hold its special national convention, where it will pick its presidential candidate, in Abuja, Sunday PUNCH has learnt 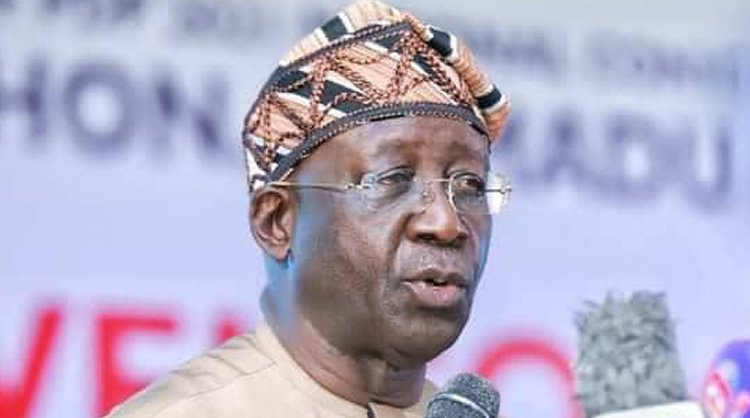 The National Publicity Secretary of the party, Mr. Debo Ologunagba, confirmed this to one of our correspondents on Saturday.

“We have decided to hold the convention, where our candidate will emerge, in Abuja. That was where the National Working Committee chose, but the National Executive Committee will ratify it at our meeting on Wednesday,” he said.

It was gathered from top party sources that the party’s leadership rejected lobbyists, who wanted the convention to hold in their preferred states.

According to its timetable, the presidential candidate of the main opposition party will emerge on May 29.

In its ‘Schedule of Activities and Timetable for the Year 2022/2023 Elections’ released last month and signed by the National Organising Secretary, Umar Bature, the party said its presidential primary would commence on May 28. It was  silent on the venue

There were 17 presidential candidates in the party, but two of them were dropped after their screening in Abuja on Friday.

The party has yet to reveal the identities of those cleared and disqualified from the race.

Also on the list were  two former state governors, Peter Obi of Anambra State and Ayo Fayose of Ekiti State.

Top sources at the party’s national headquarters told our correspondent that several interests were rebuffed by the party’s NWC before arriving at the Abuja venue for the convention.

One of the sources stated, “In 2018, the party held its convention in Port Harcourt, Rivers State. At that time, the governor of Rivers State was not an aspirant. He merely supported an aspirant. Atiku won then.

“Now that Wike is an aspirant, we cannot take the primary to his backyard.

“Also, Udom is interested; we will not go to his area as well. We also cannot go to the North, because of the interest the issue of zoning has generated. That is a foreclosed issue.

“So, there were interested power blocs, who wanted us to take the convention to the areas they consider safe for them, but we had to reject them.”

Ologunagba gave an assurance that the party would be fair to all the aspirants, noting that no member of the NWC had preference for any of them.

He said, “We are going to be fair to all. We have no candidate among the aspirants. They are all distinguished members of our party, who have done well for the party and the country.

“In all the positions they have held, they have done well. We will work together and send the incompetent All Progressives Congress out of power.”

Meanwhile, the party has promised to disclose the identities of those disqualified after Friday’s screening.

Shortly after the conclusion of the exercise at the Legacy House, Abuja, the presidential campaign headquarters of the PDP, the Chairman of the Screening Committee, Senator David Mark, told journalists that two aspirants were disqualified. He however declined to reveal the identities of the affected aspirants or the reasons for their disqualification.

He simply noted that the aspirants did not meet the requirements set by the panel.

When asked about the identities of those not cleared, he merely said, “Now, don’t ask me those who have been cleared and those who have not been cleared, because I won’t tell you. We haven’t released the result to them. So, if you ask a question in that direction, you are wasting time.”

Asked what the committee found wrong with the disqualified aspirants, Mark said, “They didn’t meet the requirements and I can’t be more specific about that.”But Ologunagba said, “Yes, we did not reveal their identities, but that will be done and you will know soon. Don’t forget that the appeal committee is still going to meet on the issue.”

The committee is expected to sit on Monday.

NEC to decide zoning on Wednesday

On the issue of zoning, Ologunagba said the NEC would also review the report of the committee set up on the issue.

“The NEC meeting will look at it and take a final decision,” he said.

The issue of zoning had polarised the party and its aspirants as some were of the opinion that it would be wrong for another northerner to succeed the President, Major General Muhammadu Buhari (retd.), whose second term ends on May 29, 2023.

Majority of those in favour of zoning were from the southern part of the country, while their northern counterparts were of the opinion that the PDP had produced more southern presidents than the North.

Former President Olusegun Obasanjo spent eight years in office, while the immediate past President, Goodluck Jonathan, was in office for about five years. Both of them are from the South.

Only the late former President, Umaru Yar’Adua, was from the North and his tenure ended when he died in office in May 2010.

But on Friday, Akwa Ibom State governor noted that despite the southern governors’ resolution that the presidential ticket be zoned to the South, the party’s decision would take precedence.

Fayose, however, supported zoning, saying it would reduce the likelihood of confusion.

He stated, “Well, I say it again very expressly that I am for zoning and I believe the best thing this party can do for posterity, so as not to cause confusion, is for this party to zone this presidential ticket.

“If we fail to do it, even if we say anybody can contest, you must officially zone it to the South. In 1999, it was zoned to the South, which brought Obasanjo and Olu Falae. But the party must remember that whatever we do today will stand against us tomorrow.”

Meanwhile, the PDP has said only its national chairman and the secretary are vested with the power to authenticate the party’s membership cards.

The party made the clarification in a statement by Ologunagba in Abuja on Saturday.

The party stated this while making a clarification on the eligibility of members to participate in congresses to elect the three-man ad hoc delegates who shall in turn elect candidates for the 2023 general elections.

Ologunagba said the clarification became necessary following reports of misinterpretation in some chapters, particularly in Lagos State, where some party stakeholders were reportedly demanding that membership cards had to be authenticated.

The stakeholders were reportedly demanding that membership cards had to be authenticated by ward chairmen before the holders would be eligible to participate in the three-man ad hoc congresses that held on Saturday.

Ologunagba stated, “For the avoidance of doubt, the only authority vested with the powers to authenticate party membership cards for eligibility to participate in congresses, including the three-man ad hoc delegate congresses, are the national chairman and the national secretary through their signatures on the cards.

The party said members holding membership cards duly authenticated by the national chairman and national secretary did not require any further authentication.

He added, “No further authentication is required by ward chairmen or any other officer of the party at any level whatsoever before they can participate in the three-man ad hoc delegate congresses and party primaries.

“A member with a duly authenticated membership card by the national chairman and national secretary, and who is up to date in his financial obligation to the party shall be eligible to participate and vote in the three-man ad hoc delegate congress.”

The party advised all leaders, critical stakeholders and members to note accordingly.

Lagos Police Command Assures of Adequate Security During Sallah and Beyond